Game over for this Lebanese political and economic elite who abused blind trust for years. 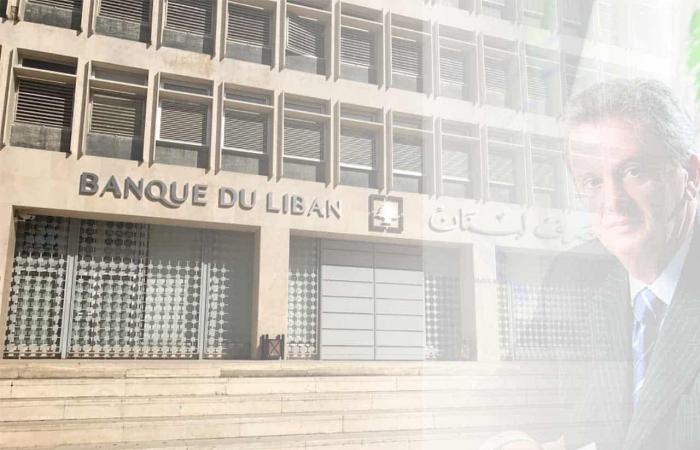 Thunderclap in recent days, with the opening of an investigation on the one hand and then the freezing of Swiss assets of the governor of the Banque du Liban, Riad Salamé. Something almost unthinkable even according to many, as long as the culture of impunity is strong in Lebanon. It was finally necessary that Switzerland, considered yet as a tax haven for many, paradoxically chose to open hostilities.

However, this is also a message sent by the international community a few weeks when the governor of the BdL is already on the defensive and the restructuring of the local financial sector, first decided on for July and then postponed, is slow to materialize. to December 31 to finally be postponed to February as if it were a work in favor of certain interests.

This message is that the international community’s patience with Lebanese economic leaders has come to an end.

Many abroad rightly pointed out, the disproportionate ego of the local financial and banking leaders while the population, it is confronted with an economic crisis whose bottom of the wave has not yet reached.

The central bank was at the center of this system and the message to be understood with the current legal difficulties facing the Governor of the Banque du Liban is the following:
“You can invest your money abroad and show this disdain towards the population, but do not do what is to be done for the benefit of the population.
But this leniency is now over and it is a matter of working in the interest of Lebanese citizens now and not in the interest of your pockets. Otherwise, your important funds placed abroad could not be available to you when the economic crisis will lead to your downfall and you will have to take refuge abroad ”.

This legal process might surprise many, but in fact it was predictable and even expected by observers of the Lebanese case despite the assurances of some locally. It is simply not knowing what those who have to find solutions to the Lebanese financial crisis think, a crisis of extreme gravity of which many in Lebanon continue to deny the extent.

Some abroad were, in fact, shocked to see the sums in the bank accounts of Lebanese leaders, bankers and businessmen, shocked to see that the emoluments of simple members of the board of directors of banking establishments exceeded even those of leaders of large international banks while the bulk of the economic crisis is not ultimately linked to the debt crisis but to the banking system itself which has siphoned public funds year after year.

So imagine, $ 400 million frozen in Switzerland, a fortune that some will estimate to reach $ 2 billion. He would be the richest central bank governor in the world while the Land of the Cedars – a country already in crisis – is not well known for the honest origin of many fortunes … and the probity of its bankers or even politicians … It could by itself, finance almost 3 months of the consumption of essential products of the population, namely drugs, food products and even fuel without rationing.

Some leaders of local banks thought they would continue to benefit from the windfall of international aid or via financial engineering operations. However, it is out of the question to see the money of the French, American or Saudi taxpayer financing the losses of the Lebanese financial sector – therefore people’s deposits – and even less the shareholders of Lebanese banks which have many politicians.

It is also out of the question for the international community not to accept a restructuring of a financial sector which is today not only incapable of participating in the revival of the Lebanese economy even after restructuring, but also guilty of having participated in this. that many consider to be a Ponzi scheme, having first embezzled money from the middle class, then from the diaspora to today think of diverting that of the international community.

The money of local bank managers is now the subject of investigations by the tax services of foreign countries whose agents go from surprise to surprise both in terms of the origin of these funds and that of the amounts at stake for a country in crisis like Lebanon. It is only a matter of time for this system to collapse.

Also, on the political level, some well-informed foreign sources were shocked to see the attitude of political and economic leaders, including big bank bosses, having planes ready to go at the slightest incident since the demonstrations of last October 17. or at the slightest health problem when the majority of the population is faced with many daily difficulties and whose life is now endangered by the coronavirus epidemic and whose hospital services are saturated today.

Who, even the Governor of the Banque du Liban, is better placed to get this message across? He who had given the banks many advantages, he who allowed these bank bosses to freely violate the law on financial transfers, he who was at the center of the controversy concerning the forensic audit of the accounts of the Banque du Liban and financial engineering operations, he who has covered for years, as a banker, the embezzlement of public money since the state accounts are ultimately hosted by the Bank of Lebanon, he who failed in his role of arbitration between banks and depositors, he who would also have benefited from his position in the context of certain operations if we are to believe the dispatches from Wikileaks on the basis of the testimony of the former United States Ambassador to Lebanon Jeffrey Feltman, he who is ultimately at the center of everything by the function he occupies … until now despite everything.

The Banque du Liban in this has failed in its mission of arbitration and surveillance of the financial sector, which is now very corrupt and dying if it is not already deceased. It is this reality that prevails today and not the denial to which we have been accustomed for 25 years.

If you have found a typo or typo, please let us know by selecting the text in question and pressing Ctrl + Entry . This feature is only available on a computer.

These were the details of the news Game over for this Lebanese political and economic elite who abused blind trust for years. for this day. We hope that we have succeeded by giving you the full details and information. To follow all our news, you can subscribe to the alerts system or to one of our different systems to provide you with all that is new.