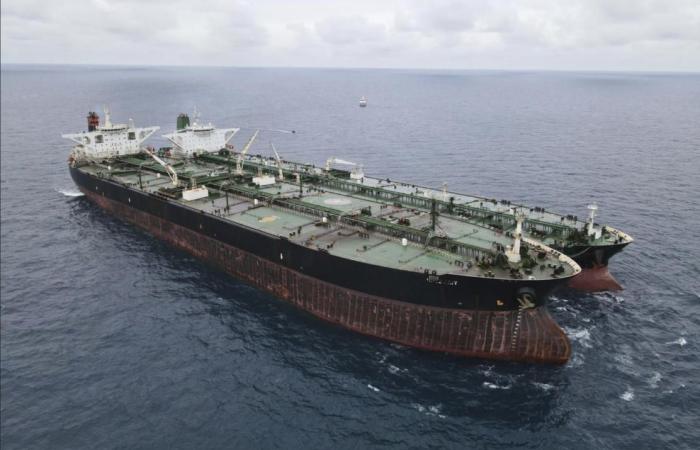 Jeddah - Yasmine El Tohamy - JAKARTA: Indonesian authorities said that they seized an Iranian tanker and Panamanian tanker suspected of carrying out the illegal transfer of oil in their country's waters Sunday.
The tankers — the Iranian-flagged MT Horse and the Panamanian-flagged MT Frea — were seized in waters off Indonesia's West Kalimantan province, said Wisnu Pramadita, a spokesman for the Indonesian Maritime Security Agency.
He said the tankers are suspected of a variety of violations, including not displaying national flags, shutting off their identification systems, anchoring illegally as well as the illegal transfer fuel between ships and spilling oil.
Authorities were escorting the two tankers to Batam island in Riau Islands province for further investigation, he said.
Iranian state television acknowledged the tanker’s seizure, citing Indonesian authorities. The report did not elaborate.
Iran, home to major oil and natural gas reserves, has seen its sales abroad deeply impacted by US sanctions after former President Donald Trump unilaterally withdrew America from Tehran’s nuclear deal with world powers in 2018. That cut a crucial source of government revenue in Iran’s long-anemic economy.
In the time since, Iran has relied on black-market sales and deals with Venezuela to keep its sales going.
Iran’s state-owned fleet of oil tankers routinely travel turn off their Automatic Identification System trackers to try and mask where they deliver their cargo. Those AIS beacons, a safety measure so other ships know what’s around them, can be tracked. Analysts say those ships often transfer their oil to other ships, that then sell the crude under false pretenses.

These were the details of the news Indonesia says it has seized Iranian and Panamanian tankers for this day. We hope that we have succeeded by giving you the full details and information. To follow all our news, you can subscribe to the alerts system or to one of our different systems to provide you with all that is new.