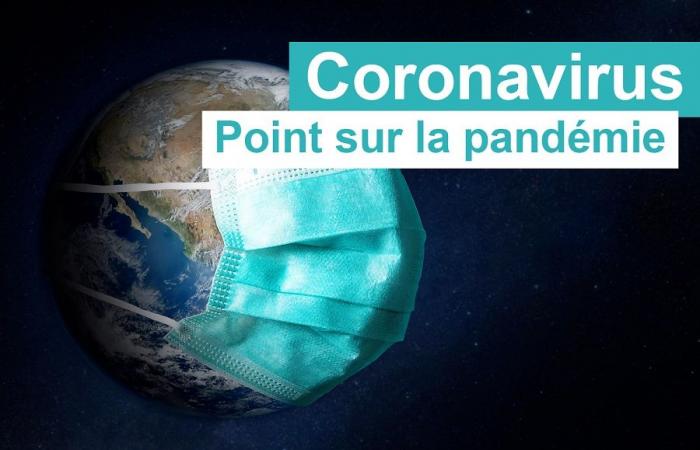 New measures, new reports and highlights: an update on the latest developments in the Covid-19 pandemic around the world.

Germany will become the first country in the European Union next week to use the experimental antibody-based treatment administered to Donald Trump.

Health Minister Jens Spahn announced that his “government (had) bought 200,000 doses for 400 million euros”, or 2,000 euros per dose. They will be administered in university hospitals.

The Netherlands experienced their first curfew since the Second World War overnight from Saturday to Sunday. It is now forbidden to leave your home from 9:00 p.m. to 4:30 a.m., at least until February 9. Any offender incurs a fine of 95 euros.

Exemptions are granted to people having to work during the curfew or to those walking their dog.

The verdict on the effects of the reinforced curfew in France will fall next week, according to the Minister of Health Olivier Véran. “If it does not decrease, if the variants start to spread everywhere, then we will take additional measures, obviously”, he declared, quoted by Le Parisien. “And it’s called containment.”

An anti-restriction protest organized by a radical group in Copenhagen sparked incidents on Saturday, resulting in five arrests. A mannequin bearing the image of Prime Minister Mette Frederiksen was set on fire.

Thousands of people also demonstrated in Madrid against the measures of the Spanish government to contain the epidemic, denouncing the “deception” of a virus which, according to some demonstrators, “does not exist”.

The state of Amazonas in Brazil, faced with a new wave of Covid-19, will institute a one-week lockdown from Monday, after 10 days of nighttime curfew, in an attempt to stem a sharp rise in contaminations and deaths.

This state suffers from a lack of intensive care units and oxygen.

Egypt begins its vaccination campaign on Sunday, starting with health professionals. People with chronic diseases and the elderly will follow.

The country, the second in Africa to launch a large-scale vaccination after Seychelles, has opted for the Chinese vaccine from Sinopharm, already in use in China, the United Arab Emirates, Jordan, Serbia and the Seychelles. Doses of the AstraZeneca-Oxford vaccine are also expected.

More than 63.5 million doses of the vaccine have been administered in at least 68 countries or territories, according to an AFP count from official sources on Sunday at 11:00 GMT.

The President of the European Council, Charles Michel, demands that pharmaceutical companies show “transparency” on the reasons for the delays in delivery of the Covid vaccines announced by AstraZeneca and Pfizer.

New Zealand health authorities have recorded their first local case of the new coronavirus in more than two months. It is a 56-year-old woman who returned from Europe on December 30 but tested negative twice during her quarantine in Auckland.

According to the Minister of Health, it is too early to decide whether containment should be put in place again.

The pandemic has killed more than 2.12 million people worldwide since the end of December, out of nearly 99 million confirmed contaminations, according to a report established by AFP on Sunday at 11:00 GMT.

These figures are globally underestimated. They are based on daily reports from national health authorities, without including reassessments based on statistical bases.

These were the details of the news pandemic update for this day. We hope that we have succeeded by giving you the full details and information. To follow all our news, you can subscribe to the alerts system or to one of our different systems to provide you with all that is new.