towards rapid tests in EMS, … 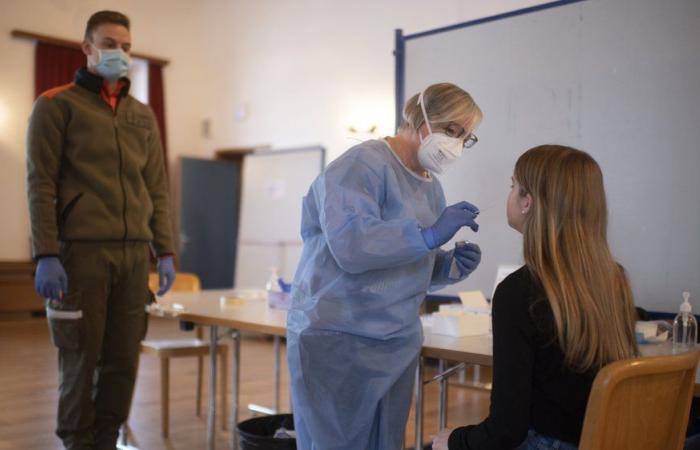 Rapid tests must be carried out on a larger scale in Switzerland to hope to control the pandemic.

The Federal Council has put a draft ordinance in consultation for this purpose, on the model of the canton of Graubünden.

This would concretely mean that the townships regularly carry out tests in EMS, schools and businesses, according to information from SonntagsBlick, confirmed by the text of the order obtained Sunday by the Keystone-ATS agency.

The costs would be covered by the Confederation.

The potential is considerable, knowing that more than half of the contaminations are made by asymptomatic individuals.

The goal is to get out of the containment spiral.

If accepted, this project would constitute a turning point in the strategy of the Confederation, believes Markus Wolf, CEO of the Weissen Arena in Flims-Laax (GR), cited by the Sonntagsblick, which developed the concept with the German university of Heidelberg.

Read also : Coronavirus: in Graubünden, workers can be tested up to several per week

Its model has been adopted by the canton of Graubünden, which will carry out large-scale tests from Wednesday. It is planned to perform 20,000 tests per week.

The tests must be repeated, with mass tests carried out once only proving effective in the short term. If 30% of the mobile population can be tested regularly, the positivity rate and the reproduction rate could be kept low in the long term, explains in the Sonntagsblick Martin Bühler, Chief of the Cantonal Staff of the Grisons.

These were the details of the news towards rapid tests in EMS, … for this day. We hope that we have succeeded by giving you the full details and information. To follow all our news, you can subscribe to the alerts system or to one of our different systems to provide you with all that is new.