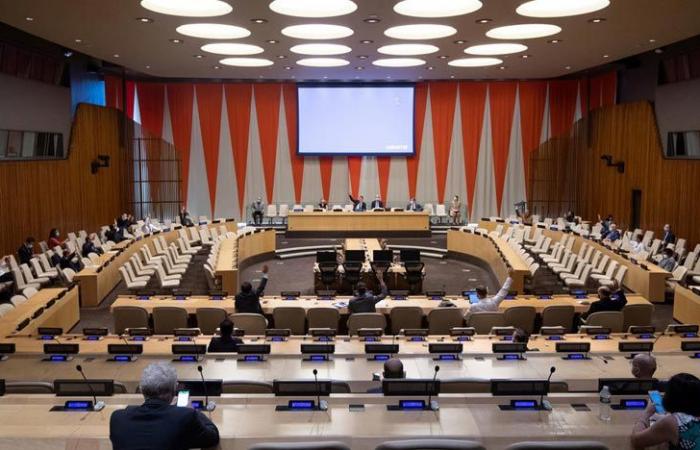 This Council was established by the Charter of the United Nations which entered into force on October 24, 1945 and held its first meeting on January 23, 1946 in London. Ecosoc’s mandate is to promote international cooperation on economic, social and cultural issues. More specifically, it is responsible for promoting higher standards of living, full employment and the conditions for economic and social progress and development. This body also ensures universal respect for human rights and fundamental freedoms for all without distinction as to race, sex, language or religion.

“Since the adoption of the Charter, the entire system of international cooperation on economic, social, health, humanitarian and development issues has been created under the aegis of the Economic and Social Council”, declared the president of Ecosoc , Munir Akram, in a message published on the occasion of the 75th anniversary of the UN body.

Today, 20 international organizations, regional commissions and autonomous entities report annually to the Economic and Social Council. Over the years, Ecosoc has been the central forum for discussion of economic, social and development policies.

“Some of the main development concepts – the 0.7% official development assistance target, the concept of special drawing rights linked to development, the special and preferential treatment of developing countries in international trade, all this has evolved within the framework of the political discussions of the Ecosoc ”, recalled Munir Akram, who is also Pakistan’s ambassador to the UN and who was elected on July 23, 2020 as president of the body.

The Ecosoc has played a decisive role in the adoption of international development strategies, the Millennium Development Goals and the 2030 Agenda for Sustainable Development and its 17 goals (SDGs). While the world is now facing the most serious global health and economic crisis since the creation of the United Nations and the Ecosoc, the financial resources necessary for the recovery of developing countries remain to be mobilized. “Poverty has increased, as has hunger,” said Munir Akram, noting that “the achievement of the SDGs is in question.

The threat of climate change seems imminent. And there is no guarantee that the vaccine to stop the Covid-19 pandemic will be equitably accessible to the poorest countries, ”he said.

These were the details of the news Le Matin – The UN Economic and Social Council celebrates its 75th anniversary for this day. We hope that we have succeeded by giving you the full details and information. To follow all our news, you can subscribe to the alerts system or to one of our different systems to provide you with all that is new.