Le Matin – The weather forecast for this Sunday 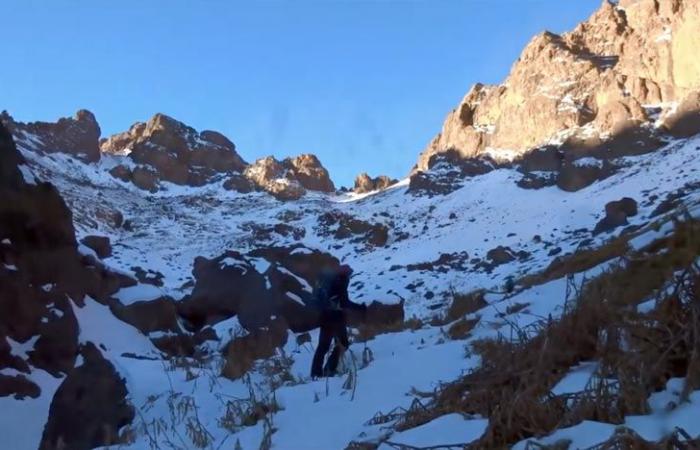 Here is the weather forecast for Sunday January 24, 2021, established by the Directorate General of Meteorology (DGM):

– Dense cloudy periods with scattered rains over the Tangérois, Loukkos and western Rif.

– Misty formations in the morning and at night on the coasts and the North and Center plains.

– Temporary to often cloudy skies over the rest of the North and the Center of the country and slightly cloudy to clear over the South.

– Relatively cold weather over the Atlas, the Eastern Highlands and the Southeast.

– Weak to moderate wind from North to East over South, South over Southeast and North to West elsewhere.

– Minimum temperatures of around 00/05 ° C on the reliefs and the eastern highlands, 07/13 ° C on the Saïss, the phosphate and Oulmès plateaus, the North of the Oriental, the South- east, the coasts and the plains North, the Souss and the North-East of the provinces of the South and 13/17 ° C on the Tangérois, the coasts Center and the South.

– Maximum temperatures of around 08/13 ° C on the reliefs, 14/20 ° C on the Mediterranean shore, the plains west of the Atlas, the Oriental, the Saïss, the phosphate plateaus and of Ulmès, the coasts and the North and Center plains, the Souss, the South-East and North-West slopes of the southern provinces and 22/28 ° C on the South-East and the South.

– Slightly to rough seas in the Mediterranean, the Strait and between Tarfaya and Boujdour and rough elsewhere.

Here are the minimum and maximum temperatures forecast by the General Directorate of Meteorology (DGM) for Sunday January 24, 2021

Here are the rainfall heights recorded in millimeters from 6 a.m. of Friday January 22 to 6 a.m. of Saturday January 23, 2021, established by the General Directorate of Meteorology (DGM)

These were the details of the news Le Matin – The weather forecast for this Sunday for this day. We hope that we have succeeded by giving you the full details and information. To follow all our news, you can subscribe to the alerts system or to one of our different systems to provide you with all that is new.