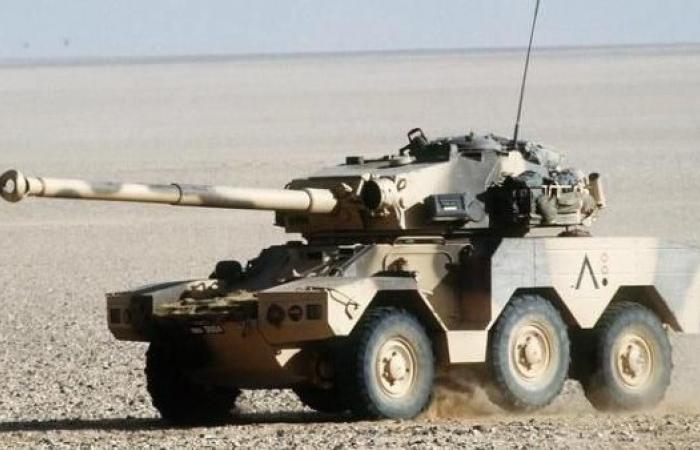 #Other countries : France on Saturday ceded light armored vehicles ERC 90 Sagaie to the Chadian army, one of its main partners for regional security and the fight against terrorism in the Sahel, during an official ceremony in N’Djamena.

“This sale by France of 9 ERC 90 Sagaie armored vehicles, whose particularity is to have been designed from the outset in the Sahelian zone, once again shows the permanence and solidarity of France towards Chad. “, underlined the Ambassador of France in Chad, Bertrand Cochery, at the Kosseï camp of N’Djamena.

“Chad has always responded to the call. It knows how to respond with strength, courage and determination to terrorist attacks on its own territory as well as on the entire Sahel-Saharan strip,” he added.

In 2013, Chad had sent its troops to fight the jihadists in northern Mali, during the French intervention Serval

The Chadian army is also part of the regional organization G5 Sahel (Mauritania, Mali, Burkina Faso, Niger and Chad), engaged since 2017 with France to fight against jihadist groups in the Sahel.

READ ALSO: Defense: the rush of arms manufacturers to the African El Dorado

French President Emmanuel Macron, who received Chadian President Idriss Déby Itno earlier this week, spoke on Tuesday of an “adjustment” of French forces in the Sahel, eight years after the start of the anti-jihadist intervention in the region. France is banking in particular on the rise of local forces.

Thus is still hoped for the deployment of a new Chadian battalion in the area of ​​the “three borders” (Mali, Niger, Burkina Faso), promised a year ago but which is encountering delays while the country is also facing terrorist attacks by Boko Haram in the Lake Chad region.

The transfer of these six-wheel-drive light armored vehicles is supported by a training program in technical and tactical fields to allow future engineers to be “autonomous and to command their crew in all circumstances”, according to a statement. of the French Embassy in Chad.

READ ALSO: Sahel: the French Prime Minister in Chad on December 31 with the soldiers of Operation Barkhane

The ERC 90 (90 mm cannon reconnaissance devices) Sagaie were used by France in many theaters of operation but are gradually being replaced as part of the Scorpion program, which aims to modernize the Army.

The Chadian Minister of Defense, Mahamat Abali Salah, for his part hailed “the quality of cooperation” between the two countries and urged their “partners to work more for the dynamics of this cooperation”.

In February, a summit is planned in N’Djaména to mark the first anniversary of the Pau summit (January 2020) which had refocused the objectives on the “three borders” area, with several tactical successes in particular against the State Islamic in the Great Sahara (EIGS).

The presidential election will take place on April 11 in Chad, where President Déby has been in power for 30 years.

These were the details of the news Sahel: France cedes light armored vehicles to the Chadian army for this day. We hope that we have succeeded by giving you the full details and information. To follow all our news, you can subscribe to the alerts system or to one of our different systems to provide you with all that is new.