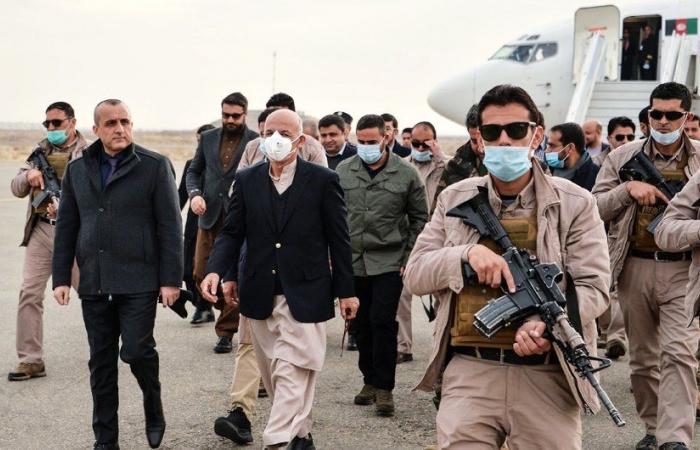 Jeddah - Yasmine El Tohamy - KABUL: Officials in Kabul have welcomed the new US administration’s plan to review a peace deal between Washington and the Taliban that paved the way for a complete withdrawal of US-led troops from Afghanistan by May.

President Joe Biden’s National Security Adviser Jake Sullivan on Saturday told his Afghan counterpart, Hamdullah Mohib, that Washington will review last year’s agreement — an issue long demanded by Kabul — in a sign of a possible policy shift in the White House under its new leadership.

The accord, signed in Doha in February 2020, followed secret talks between the previous US government of Donald Trump and Taliban leaders. It committed the militants to reducing conflict in Afghanistan and engaging in negotiations with the Afghan government.

However, violence has intensified since the signing of the deal that also forced Kabul to release thousands of Taliban prisoners, souring President Ashraf Ghani’s ties with Washington.
“We welcome the US intention to review the February 2020 US-Taliban agreement,” Sediq Sediqqi, Afghan deputy interior minister, said in a tweet following Sullivan’s conversation with Mohib.

“The agreement has not delivered the desired goal of ending the Taliban’s violence and bringing a cease-fire desired by Afghans. The Taliban did not live up to its commitments.”

The Taliban ruled Afghanistan from 1996 until the arrival of US-led forces in 2001.
Andar said that Afghanistan remained committed to its “foundational partnership with the US,” and will work closely with Washington on security, peace, counterterrorism and regional engagement.

Meanwhile, the Taliban say that they expect the new US administration to stick to the February deal.

“The demand of the Islamic Emirate from the new administration in America is full implementation of the Doha accord,” Taliban spokesman Zabihullah Mujahid told Arab News.
“The Doha agreement is the best prescription and only roadmap for ending the war in Afghanistan and for the withdrawal of US forces. The Islamic Emirate is committed to the agreement,” he said.

Under the deal, the Taliban agreed to cut ties with “terrorist groups” and halt attacks on US-led troops.

Trump administration officials claimed that there have been no strikes by the Taliban against US troops since the signing of the deal.
Thousands of US soldiers have left since February, and only 2,500 remain in the country along with 30,000 foreign contractors.
Afghan analysts are divided on the implications of the US administration’s announcement.

Tamim Asey, a former deputy defense minister, said the reassessment of the deal may lead to a slowing of the US withdrawal.

“I am now confident that the US will slow its troop drawdown until a policy review is complete,” he said.

Toreq Farhadi, a former government adviser, told Arab News there are likely to be only “minor changes in the reassessment” since the US wants to end the war.

However, Taj Mohammad, said that a review of the deal may lead to a “new wave of fighting.”

“The Taliban and some in the region oppose this because it could be seen as furthering the presence of US forces,” he said.

These were the details of the news Kabul hails Biden plan to review Taliban deal for this day. We hope that we have succeeded by giving you the full details and information. To follow all our news, you can subscribe to the alerts system or to one of our different systems to provide you with all that is new.