an anti-inflammatory, new hope against severe forms of the disease 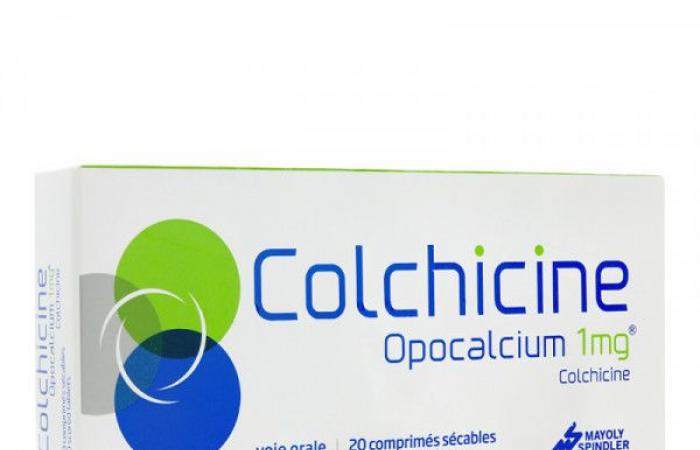 A Canadian study launched about nine months ago announces that colchicine, an anti-inflammatory drug used in cardiology, is effective for the treatment of Covid-19 and the prevention of complications related to the disease.

The Montreal Heart Institute, at the origin of the study, speaks of a “major breakthrough”, as noted by the Montreal newspaper La Presse. Indeed, hopes are high as to the effectiveness of the drug, which is administered orally.

If the ambitions are high for Canadian researchers, it is because the first results are encouraging. Because, as Dr Tardif underlines in the newspaper La Presse, colchicine has proven its effectiveness on a good part of the 4,159 positive patients for Covid-19 tested.

It was tested within the framework of the “Colcorona” project, a randomized, double-blind, placebo-controlled study. The highest level of certainty in scientific research. The patients, separated into two groups (one received the drug, the other a placebo), had to be over 40 years old, tested positive for Covid-19 and present at least a risk of complications, such as overweight or heart disease for example.

Results: 25% fewer hospitalizations, and half the need for ventilation. What delighted the Heart Institute, which was quick to communicate on the subject: “Prescribing colchicine to patients could help alleviate the problems of congestion in hospitals and reduce the costs linked to the health systems of patients. governments here and elsewhere. ”

Because it is about a product which on the one hand is inexpensive, and which on the other hand presents few side effects. The director of the ICM also clarified that there was nothing to do with the much maligned chloroquine, which for him has never been the subject of solid studies.

And that colchicine is not necessarily a molecule that treats the disease, but that prevents complications. It only remains to wait for the health authorities and the Quebec government to give their approval to launch or not a massive prevention campaign, for a drug in which we place a lot of hope on the other side of the world. ‘Atlantic

These were the details of the news an anti-inflammatory, new hope against severe forms of the disease for this day. We hope that we have succeeded by giving you the full details and information. To follow all our news, you can subscribe to the alerts system or to one of our different systems to provide you with all that is new.