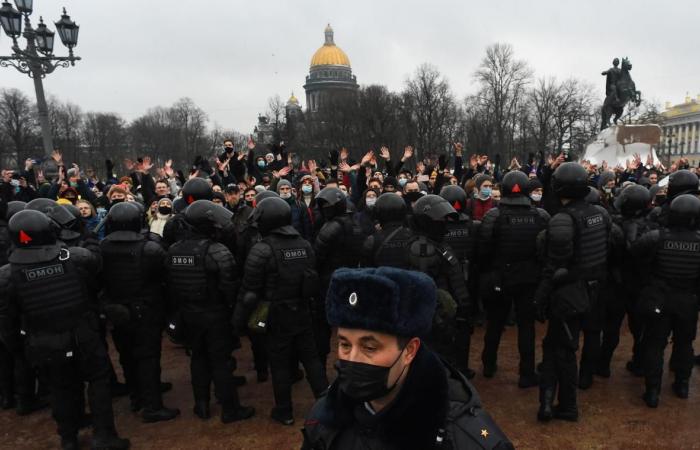 The U.S. Embassy in Moscow will have to explain the publication on its website demonstrations by opponents in Russia on Saturday, said the Russian Foreign Ministry, which will summon the American diplomats.

« What was it about, influencing or giving instructions (to the demonstrators)? Russian diplomacy spokeswoman Maria Zakharova wrote on Facebook, ” American colleagues will have to come and explain themselves on Smolenskaya Square »,

The address of the Russian ministry.

She was referring to the posting on the embassy’s website of a warning calling on US nationals not to attend Saturday’s protests in Russia. In this text, the American representation specifies in which cities and on which streets the gatherings are planned.

The spokeswoman for the United States Embassy, ​​on the other hand, denounced the hundreds of arrests of demonstrators during the protest actions on Saturday.

These were the details of the news Moscow demands “explanations” from the United States for this day. We hope that we have succeeded by giving you the full details and information. To follow all our news, you can subscribe to the alerts system or to one of our different systems to provide you with all that is new.