Liverpool – Deprived of recruitment, Klopp does not seek excuses 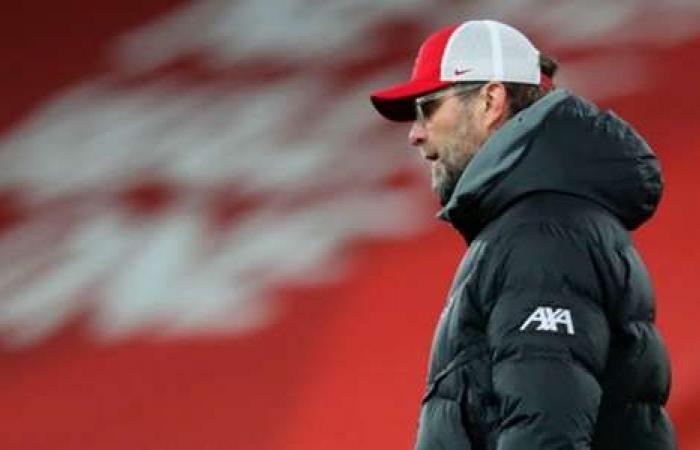 The Reds coach would like to make some changes to his team. Limited financially, he is nevertheless not the type to make whims.

Jurgen Klopp does not hide it, recruiting this winter would not be too much, especially in defense. But the Reds coach said the club’s current bad patch hadn’t changed the state of finances, which are still so limited in the transfer market. As a reminder, in recent weeks, the residents of Anfield Road are in their worst form for four years, without a win in five Premier League games and having failed to score in their last four.

France team – Deschamps would like to see Zidane succeed him

On Thursday they lost their proud home record of 68 games unbeaten, falling 1-0 to Burnley on a miserable night at Anfield. Favorites for the title a month ago, they are now in fourth place and could fall behind Tottenham and Everton if these two teams win their postponed matches.

With Virgil van Dijk and Joe Gomez sidelined with injuries, Liverpool were expected to call on a center-back this winter to ease some of the pressure. But with just over a week before the deadline, it seems likely that there won’t be such a move on the banks of the Mersey.

In any case, this is what Jürgen Klopp suggested to journalists. “No, nothing has changed. Sorry, short answer! I’m not a five year old anymore and if I don’t get what I want I start to cry. Most of the time in my life I didn’t get what I wanted, to be honest. I’m responsible for a lot of this club, but there are people who are responsible for everything, and I can’t make their decisions. I know that ‘they are with us, I know they want to support us, and they do “, said the former Borussia Dortmund coach, who does not want to look for excuses and intends to do with what he has.

“We never, ever spoke in the transfer window like that because that would be an excuse and we don’t need that. What we have to do is improve football in the crucial areas with this team, and not just sit here and be disappointed or frustrated with some decisions. Of course, we know what we would do in an ideal world, but the world is not ideal and not just for us. We have to face it. the situation”, he added.

One thing is certain, the current situation is not acceptable and Jürgen Klopp is waiting for a reaction. “It’s not a situation we want, and if we’re not happy with a situation, we have to work, and that’s what we will do. I 100% believe we can make a difference with this team (…) We are very self-critical. We know what we have done and we also know what we need to change “, finally assured the Liverpool coach.

These were the details of the news Liverpool – Deprived of recruitment, Klopp does not seek excuses for this day. We hope that we have succeeded by giving you the full details and information. To follow all our news, you can subscribe to the alerts system or to one of our different systems to provide you with all that is new.

PREV As springs dry up, Nepalese farmers tap into harvesting raindrops
NEXT 25 persons emerge from shell-pounded steel complex in Mariupol