Strategy adopted for the acquisition of the vaccine against Covid-19: The authorities’ miscalculations 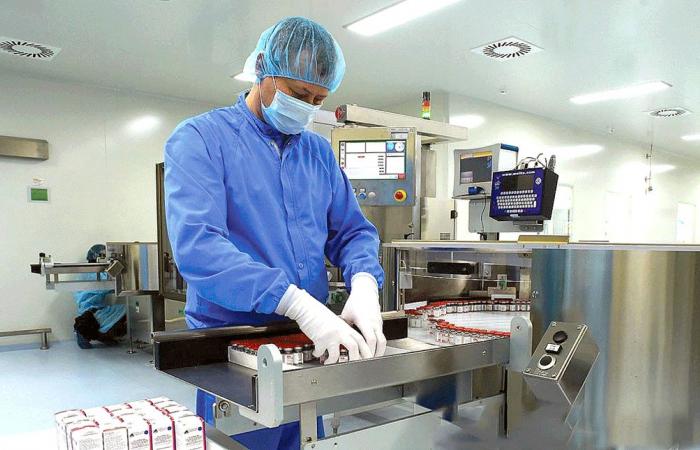 The strategy put in place by the authorities to acquire vaccines against Covid-19 has proven to be completely ineffective. They got it wrong.

The vaccine orders were made too late. What remains for Algeria?

The Covax. This platform, set up by the UN system to help poor countries acquire anti-Covid vaccines at a lower price and fairly, is already showing difficulties for its proper functioning.

The government has decided to increase contacts with the various partners and laboratories manufacturing the vaccine against Covid-19.

A one week at the end of January, Algeria is still awaiting doses of the Gam-covid-vac (Sputnik V) vaccine against Covid-19, recorded on January 10 by the National Pharmaceuticals Agency (ANPP ).

The Russian supplier Gamelya does not seem ready to immediately deliver the 500,000 doses purchased by Algeria, 50,000 of which were paid for under a contract signed between the Institut Pasteur d’Algérie and the Gamelya center for an envelope of 1.5 billion dinars, while forecasts concerning the overall financial coverage of vaccination could rise to 20 billion dinars.

A first delivery that is slow to arrive without clear explanations being provided to date, according to a source familiar with the matter. A delay that complicates the task for the Algerian health authorities and the government instructed by the President of the Republic, in December 2020, to start the vaccination campaign in January 2021.

A favorable period, say specialists, in view of the improvement in the epidemiological situation in the country, with a downward trend in the number of cases of Covid-19, unlike other countries in the region which are recording rebounds, as well as elsewhere in the world, especially with the arrival of the English and South African variants.

A delay in vaccination which could also complicate the situation if the epidemic were to restart in the coming weeks.

The strategy put in place by the authorities to acquire vaccines against Covid-19 has proven to be completely ineffective. They were on the wrong track, according to some sources familiar with the matter.

The vaccine orders were made too late. Consequence: the government is now facing a dilemma while the opportunities for the acquisition of other vaccines (in addition to the Russian vaccine) are very reduced in view of the growing global demand for these products which today constitute a effective alternative to prevention against Sars-Cov-2 virus.

Western countries have won everything and pre-orders from laboratories were concluded from the first phases of clinical trials, during the summer of 2020.

Neither the Russians nor the Chinese, to which Algeria appealed last December, are unable to meet Algerian demand for problems, no doubt, of insufficient vaccine production capacity, knowing that for Sputnik more than 50 countries have placed purchase orders for more than 1.2 billion doses of the vaccine, according to the Russian Direct Investment Fund (RDIF). Russia is today to 26e world rank for vaccination and a person out of 100 are vaccinated there.

To note that the vaccine for overseas markets will be produced by RDIF’s international partners in India, Brazil, China, South Korea and other countries.

Regarding the Chinese Sinopharm vaccine that Algeria was to receive at the end of January, according to government spokesman Amar Belhimer, the request would be canceled.

What remains for Algeria?

The Covax. This platform, set up by the UN system to help poor countries to acquire anti-Covid vaccines at a lower price and fairly, is already showing difficulties for its proper functioning.

Moreover, the Director General of WHO, Tedros Adhanom Ghebreyesus, expressed at the beginning of the current month its concerns about the non-availability of the desired vaccine doses and he called on rich countries to stop making “bilateral agreements” with pharmaceutical companies, calling for priority to be given to Covax. An option that risks further delaying this vaccination in our long-awaited country.

As a reminder, the WHO has so far signed contracts for 2 billion doses, as part of the Covax mechanism, in which 190 countries are currently participating, including 92 low and middle income. Faced with this state of affairs, the reflection of going towards another track has been engaged within the government for a few days, we have learned.

Astra-Zeneca’s vaccine would be the best option, and it would be best suited to the logistics put in place pending its approval by international agencies and that of its country of origin. “

The government intends to accelerate, as part of urgent action, contacts with all partners and attempt to find a way out of this situation ”, we are told.

The Algerian government is therefore forced today to review its map and take things in hand to try to catch up. This deserves to be accompanied by communication with more transparency to better convince and educate the population about vaccination.

The contradictory statements of certain members of the scientific committee responsible for monitoring the evolution of the pandemic, in recent weeks, on vaccine orders, on the imminent arrival of Russian and Chinese vaccines by the end of the month have sown more seeds confusion among the population, knowing that for the moment there is still nothing on the horizon.

These were the details of the news Strategy adopted for the acquisition of the vaccine against Covid-19: The authorities’ miscalculations for this day. We hope that we have succeeded by giving you the full details and information. To follow all our news, you can subscribe to the alerts system or to one of our different systems to provide you with all that is new.