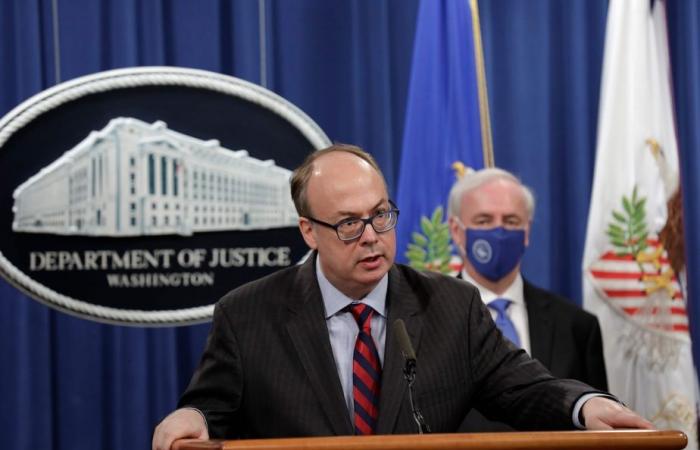 According to New York TimesTrump only gave up on his plan when he learned that top Justice Department officials would resign en masse if he followed through on his plan.

This information, which is also reported by the Washington Post, comes just over two weeks before Donald Trump’s impeachment trial in the Senate.

The latter is accused of having encouraged his supporters to launch an assault on the Capitol on January 6, when the elected representatives of Congress certified the victory of his Democratic rival, Joe Biden, in the presidential election.

Trump narrowly lost Georgia to Biden in the November presidential election, in a vote he claimed was baseless to be rigged.

According to U.S. newspapers, Trump has grown increasingly frustrated with Rosen’s refusal to use the power of the Justice Department to interfere with the vote count.

He allegedly worked out a plan with Jeffrey Clark, a Justice Department attorney who backed up his claims that his election victory was stolen, to give him the job of Rosen.

But, in a three-hour ordeal involving the three men, Trump is said to have finally backed down, under threat of massive resignations from the Justice Department, writes the New York Times.

As for Trump, Rosen and the US Department of Justice, they have not publicly responded to the claims published in the press.

In early January, the release of an audio recording, in which President Trump is heard asking a Georgia official to “find” votes to reverse the presidential outcome in that state, had already sent shock waves through Washington. .

These were the details of the news Results in Georgia | Trump was considering replacing attorney general for this day. We hope that we have succeeded by giving you the full details and information. To follow all our news, you can subscribe to the alerts system or to one of our different systems to provide you with all that is new.