Cesar Chavez and JLo: Biden ushers in new era of hope for Latinos 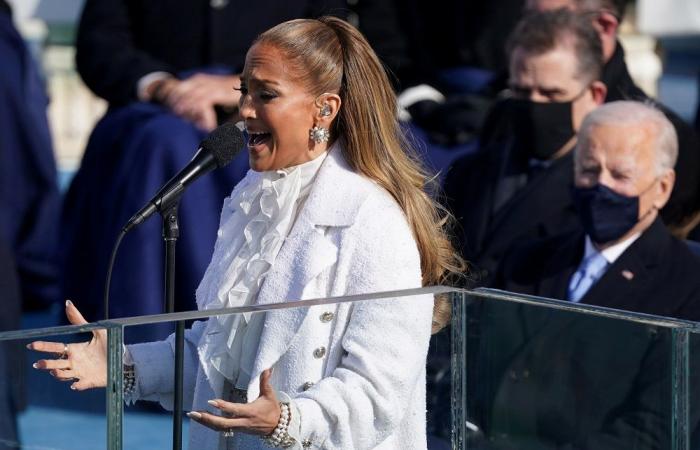 Hello and welcome to the details of Cesar Chavez and JLo: Biden ushers in new era of hope for Latinos and now with the details

WASHINGTON, Jan 23 ― A bust of labour rights organiser Cesar Chavez in the Oval Office, the return of Spanish to the White House website and Jennifer Lopez singing at the inauguration ceremony: Joe Biden's presidency is only in its infancy but already it heralds a new era for Latinos in the United States.

From the start, the Democratic president has embraced full recognition of the country's largest minority.

Invited as a star turn at Biden's inauguration at the US Capitol, New York diva Jennifer Lopez ― whose parents hail from Puerto Rico ― made a splash with her cry in Spanish: “One nation under God, indivisible, with liberty and justice for all!”

Among the slew of executive orders Biden signed on his first day was one halting construction of the border wall with Mexico, which his predecessor, Donald Trump, intended to stop the arrival of undocumented migrants, most of them Latin American.

As he signed the orders in the Oval Office, a newly installed bust among Biden's family photos did not go unnoticed. It was Cesar Chavez, the late farm worker organiser of Mexican descent, an icon of the labour rights movement.

Other orders signed on Biden's first day included documents kicking off ambitious immigration reform, such as a path to citizenship for 11 million undocumented migrants residing in the United States. About five million of them are Mexican and another two million from Central America.

Established by Republican George W. Bush and maintained by Democrat Barack Obama, the site “La Casa Blanca” had not been updated in Trump's four years.

The Republican insisted that English was the spoken language of the United States, despite the fact that the country does not have an official language. Hispanics are the largest minority in the country, numbering 60 million and representing more than 18 percent of the total population. According to the Census Bureau, some 41 million people speak Spanish at home.

“For the past four years, only a small segment of the Latino community had access to the White House,” he said. “That all changed yesterday.”

Trump garnered strong support among Hispanics in Florida. But of the 20 million Latinos estimated to have voted in the November 3 election, 70 per cent backed Biden, and only about a third supported Trump.

Clarissa Martinez, vice president of UnidosUS, an association that has defended the rights of Latinos in the United States since 1968, noted the “overwhelming” electoral support for Biden.

But she said that regardless of who they voted for, Latinos are aligned on the issues they consider a priority. The coronavirus pandemic, the economy and health care were the top concerns for this group, according to a pre-election poll by NALEO and consulting firm Latino Decisions.

Biden will have to address these issues not only for Latinos, but also for all Americans.

“We see ourselves as part of a whole,” said Martinez.

Biden's gestures were “an important acknowledgement of the contribution the Latinos make every day, shoulder to shoulder with other fellow Americans for the progress of the country,” she said.

“This is particularly important because this community has experienced a lot of demonization over the last four years,” she added.

Paul Chavez, son of the labour organizer and head of the Cesar Chavez Foundation, said the bust of his father in the Oval Office “symbolizes the hopeful new day that is dawning for our nation.”

Biden has already added Julie Chavez Rodriguez, the legendary activist's granddaughter, to his White House team. In addition, if confirmed by the Senate, the new cabinet will have three Latinos, a record. ― AFP

These were the details of the news Cesar Chavez and JLo: Biden ushers in new era of hope for Latinos for this day. We hope that we have succeeded by giving you the full details and information. To follow all our news, you can subscribe to the alerts system or to one of our different systems to provide you with all that is new.