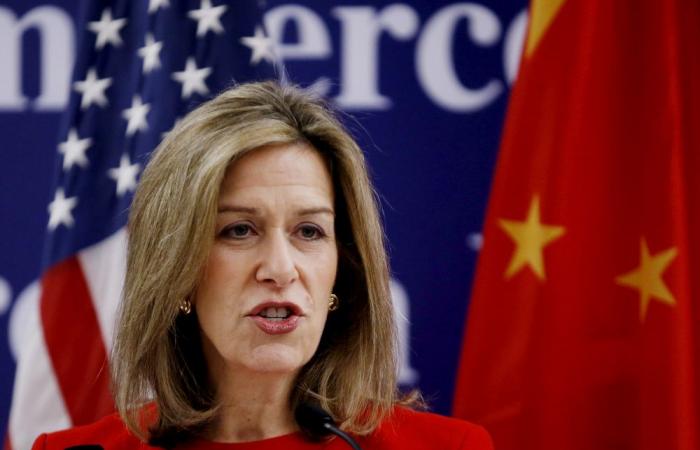 Hello and welcome to the details of After big hack of US government, Biden enlists ‘world class’ cybersecurity team and now with the details

WASHINGTON, Jan 22 — President Joe Biden is hiring a group of national security veterans with deep cyber expertise, drawing praise from former defense officials and investigators as the US government works to recover from one of the biggest hacks of its agencies attributed to Russian spies.

“It is great to see the priority that the new administration is giving to cyber,” said Suzanne Spaulding, director of the Defending Democratic Institutions project at the Center for Strategic and International Studies.

Cybersecurity was demoted as a policy field under the Trump administration. It discontinued the Cybersecurity Coordinator position at the White House, shrunk the State Department’s cyber diplomacy wing, and fired federal cybersecurity leader Chris Krebs in the aftermath of Donald Trump’s November 3 election defeat.

Under a recent law, Biden must open a cyber-focused office reporting to a new National Cyber Director, who will coordinate the federal government’s vast cyber capabilities, said Mark Montgomery, a former congressional staffer who helped design the role.

The leading candidate for Cyber Director is Jen Easterly, a former high ranking National Security Agency official, according to four people familiar with the selection process.

Some observers worry, however, that the collective group’s experience is almost entirely in the public sector, said one former official and an industry analyst who requested anonymity. The distinction is important because the vast majority of US internet infrastructure is owned and operated by American corporations.

To replace Krebs at the Homeland Security Department, Biden plans to nominate Rob Silvers, who also worked in the Obama administration, to become director of the Cybersecurity Infrastructure Security Agency, according to four people briefed on the matter. Silvers declined to comment for this article.

“The United States remains woefully unprepared for 21st century security threats — the establishment and prioritisation of a DNSA for Cyber and Emerging Tech on the NSC indicates the seriousness the Biden Administration will afford to addressing these challenges,” said Phil Reiner, chief executive of the Institute for Security and Technology.

Neuberger became one of the most visible figures at NSA in recent years after leading the spy agency’s cyber defence wing, drawing praise for quickly alerting companies to hacking techniques in use by other countries.

These were the details of the news After big hack of US government, Biden enlists ‘world class’ cybersecurity team for this day. We hope that we have succeeded by giving you the full details and information. To follow all our news, you can subscribe to the alerts system or to one of our different systems to provide you with all that is new.