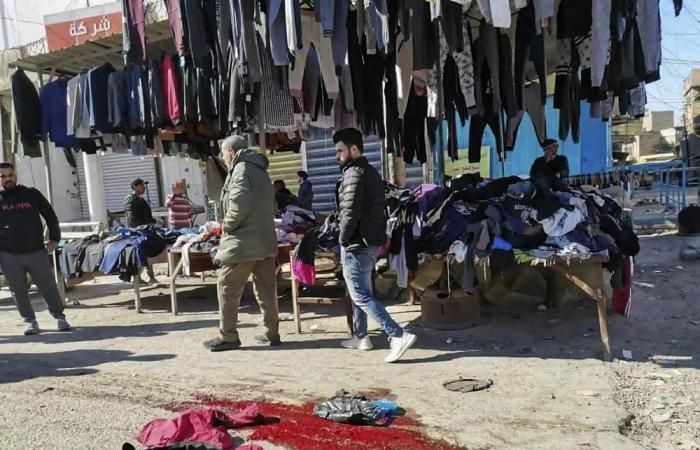 The bombing targeted “apostate Shiites,” the group said in a statement on an IS-affiliated website late Thursday.

At least 32 people were killed and over 100 people wounded in the blasts on Thursday. Some were in severe condition. According to officials, the first suicide bomber cried out loudly that he was ill in the middle of the bustling market, prompting a crowd to gather around him — and that’s when he detonated his explosive belt. The second detonated shortly after.

The US-led coalition recently ceased combat activities and is gradually drawing down its troop presence in Iraq, sparking fears of an IS resurgence. The group has rarely been able to penetrate the capital since being dislodged by Iraqi forces and the US-led coalition in 2017.

The attack was the first in nearly three years to hit the capital. Elsewhere, in northern Iraq and the western desert, attacks continue and almost exclusively target Iraqi security forces.

An increase in attacks was seen last summer as militants took advantage of the government’s focus on tackling the coronavirus pandemic and exploited security gaps across disputed territory in northern Iraq.

These were the details of the news Islamic State claims deadly and rare twin blasts in Baghdad for this day. We hope that we have succeeded by giving you the full details and information. To follow all our news, you can subscribe to the alerts system or to one of our different systems to provide you with all that is new.