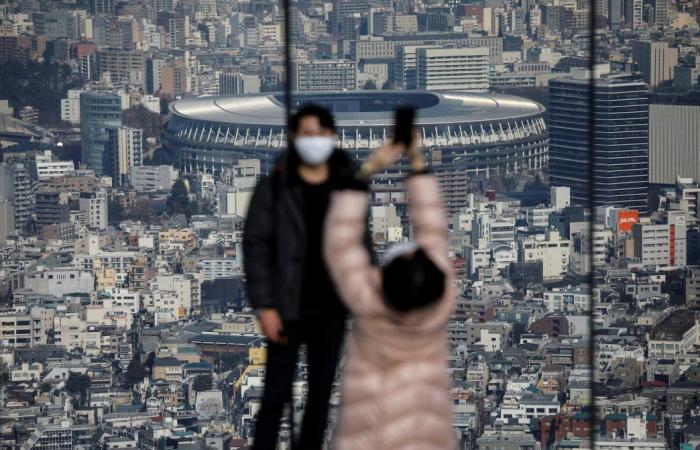 Jeddah - Yasmine El Tohamy - GENEVA: The United States will resume funding for the World Health Organization and join its consortium aimed at sharing coronavirus vaccines fairly around the globe, President Joe Biden’s top adviser on the pandemic said Thursday, renewing support for an agency that the Trump administration had pulled back from.
Dr. Anthony Fauci’s quick commitment to the WHO — whose response to the pandemic has been criticized by many, but perhaps most vociferously by the Trump administration — marks a dramatic and vocal shift toward a more cooperative approach to fighting the pandemic.
“I am honored to announce that the United States will remain a member of the World Health Organization,” Fauci told a virtual meeting of the WHO from the United States, where it was 4:10 a.m. in Washington. It was the first public statement by a member of Biden’s administration to an international audience — and a sign of the priority that the new president has made of fighting COVID-19 both at home and with world partners.
Just hours after Biden’s inauguration Wednesday, he wrote a letter to UN Secretary-General Antonio Gutteres saying the US had reversed the planned pullout from the WHO that was expected to take effect in July.
The withdrawal from the WHO was rich with symbolism — another instance of America’s go-it-alone strategy under Trump. But it also had practical ramifications: The US halted funding for the UN health agency — stripping it of cash from the country that has long been its biggest donor just as the agency was battling the health crisis that has killed more than 2 million people worldwide. The US had also pulled back staff from the organization.
Fauci said the Biden administration will resume “regular engagement” with WHO and will “fulfill its financial obligations to the organization.”
The WHO chief and others jumped in to welcome the US announcements.
“This is a good day for WHO and a good day for global health,” Director-General Tedros Adhanom Ghebreyesus said. “The role of the United States, its role, global role is very, very crucial.”
The two men hinted at a warm relationship between them, with Fauci calling Tedros his “dear friend” and Tedros referring to Fauci as “my brother Tony.”
The White House said later Thursday that Vice President Kamala Harris had discussed many of the same themes as Fauci raised in a call with Tedros.
But she emphasized the need to beef up the global response to COVID-19, “mitigate its secondary impacts, including on women and girls,” and work to “prevent the next outbreak from becoming an epidemic or pandemic,” the White House said in a statement.
“In addition, the vice president emphasized the importance of making America safer through global cooperation,” it added, highlighting the new tone out of Washington.
John Nkengasong, director of the Africa Centers for Disease Control and Prevention, called the renewed commitment “great news” in an email. “The world has always been a better place when the US plays a leadership role in solving global health problems including the fight against HIV/AIDS, malaria, polio and other diseases,” he said.
Danish Health Minister Magnus Heunicke wrote on Facebook: “This is going to have a huge impact on the world’s ability to fight the pandemic. It is decisive that the United States is involved as a driving force and not a country that is looking for the exit when a global catastrophe rages.”
Fauci also said Biden will issue a directive Thursday that shows the United States’ intent to join the COVAX Facility, a project to deploy COVID-19 vaccines to people in need around the world — whether in rich or poor countries.
Under Trump, the US had been the highest-profile — and most deep-pocketed — holdout from the COVAX Facility, which has struggled to meet its goals of distributing millions of vaccines both because of financial and logistic difficulties.
WHO and leaders in many developing countries have repeatedly expressed concerns that poorer places could be the last to get COVID-19 vaccines, while noting that leaving vast swaths of the global population unvaccinated puts everyone at risk.
While vowing US support, Fauci also pointed to some key challenges facing WHO. He said the US was committed to “transparency, including those events surrounding the early days of the pandemic.”
One of the Trump administration’s biggest criticisms was that the WHO reacted too slowly to the outbreak in Wuhan, China, and was too accepting of and too effusive about the Chinese government’s response to it. Others have also shared those criticisms — but public health experts and many countries have argued that, while the organization needs reform, it remains vital.
Referring to a WHO-led probe looking for the origins of the coronavirus by a team that is currently in China, Fauci said: “The international investigation should be robust and clear, and we look forward to evaluating it.”
He said the US would work with WHO and partner countries to “strengthen and reform” the agency, without providing specifics.
At the White House later in the day, Fauci quipped to Jeff Zients, who is directing the national response to the coronavirus, “You can imagine the comments we were getting from the people in the WHO.”
Then he added, his voice trailing off, “They were lining up to thank ...”

These were the details of the news Japan tourism push linked to surge in COVID-19 infections for this day. We hope that we have succeeded by giving you the full details and information. To follow all our news, you can subscribe to the alerts system or to one of our different systems to provide you with all that is new.