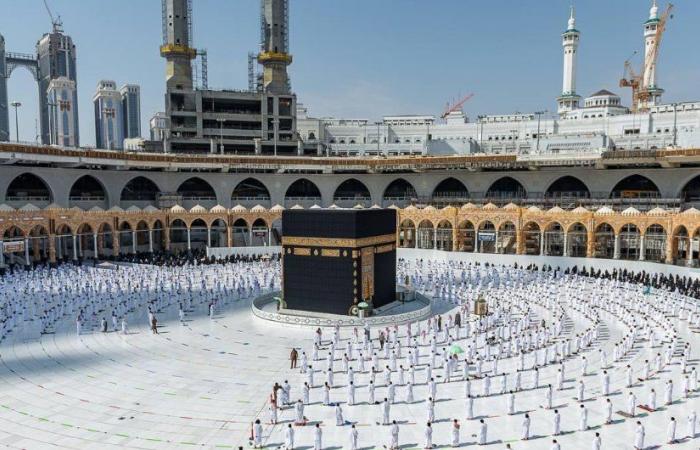 Jeddah - Yasmine El Tohamy - NEW YORK: The UN General Assembly on Thursday unanimously adopted a new resolution that aims to combat sectarian hate and protect holy sites by encouraging greater tolerance for all religious beliefs.
The resolution, titled Promoting a Culture of Peace and Tolerance to Safeguard Religious Sites, was presented during the assembly’s 50th plenary meeting by Saudi Arabia, on behalf of a number of other cosponsors, including Morocco, Egypt, Iraq, Kuwait, Bahrain, Oman, the UAE, Yemen, Sudan and Pakistan.
Draft resolution L.54 draws on the founding principles enshrined in the UN Charter and the Universal Declaration of Human rights, in particular the right to freedom of thought, conscience and religion, and the elimination of all forms of intolerance and discrimination toward ethnic, religious and linguistic minorities.
It urges member states to take steps to counter hate speech, incitement to violence, negative stereotyping based on religion or belief, intolerance and other acts of violence, including the desecration of religious sites.
The adoption of the resolution comes at a time when terrorist attacks on cultural locations, including religious sites and shrines, are increasing.
The sponsors said they deplore the deliberate destruction of relics and monuments, and denounce such acts as violations of human-rights laws and international humanitarian law. They urged members of the General Assembly to combat religious hatred through interfaith dialogue on local, regional and international levels.
They also condemned advocacy of hatred in any form, whether in print, audiovisual or on social media, and said that terrorism “cannot and should not be associated with any religion, nationality, civilization or ethnic group.”
Abdallah Al-Mouallimi, Saudi Arabia’s permanent representative to the UN, told the assembly that the aim of the resolution is to encourage and develop a culture of peace that can be a shield against all forms of extremism, and to use this to protect religious sites and symbols from acts of violence, provocation or ridicule.
Freedom of religion and freedom of expression are interdependent and mutually reinforcing, he said, as he called for heightened awareness of the responsibilities that accompany freedom of speech, and the boundaries beyond which it can become incitement to violence.
Al-Mouallimi said the primary role of states is to promote and protect human rights, and chief among them is the right for minorities to practice their faiths freely. He described religious sites as “oases of peace, centers of enlightenment” that reflect the history, social fabric and traditions of peoples around the globe.
“It is painful to see places of worship face threats and destruction, whether it’s a mosque, a church, a synagogue, or a Sikh or Hindu temple,” he added.
The Saudi envoy said he deplores slanderous campaigns directed against religious figures and symbols. Freedoms should not be used to provoke and incite, he said, but to further understanding, dialogue and the acceptance of others. Al-Mouallimi also reiterated the Kingdom’s core values of respect for differences and condemnation of terrorism and all those who condone or support it.
The new resolution invites Secretary-General Antonio Guterres to convene an international conference involving UN representatives, political and religious leaders, and civil society groups to foster political support and advance efforts to safeguard religious sites and counter the escalation of racial and religious violence around the world.
Highlighting growing concern about “derogatory stereotyping, negative profiling and stigmatization of persons based on their religion or belief,” the resolution also calls on all UN member states to counter any incitement to violence by “fostering the messages of unity, solidarity and interreligious and intercultural dialogue, raising awareness and mutual respect toward promoting the culture of peace, non-violence and non-discrimination.”

These were the details of the news UN adopts resolution to combat sectarian hate and protect holy sites for this day. We hope that we have succeeded by giving you the full details and information. To follow all our news, you can subscribe to the alerts system or to one of our different systems to provide you with all that is new.