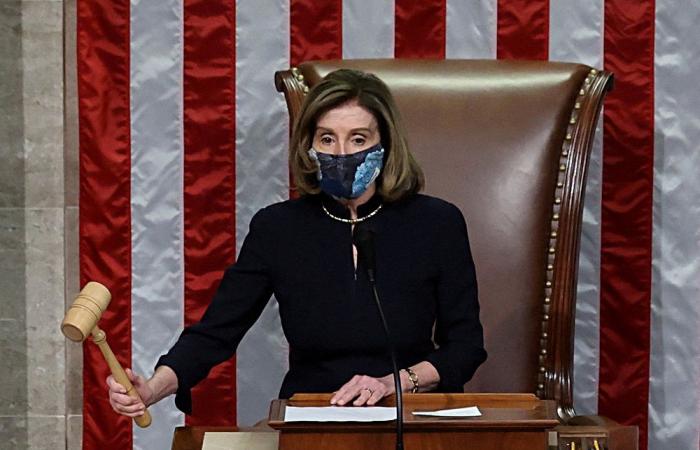 WASHINGTON, Jan 22 — US House Speaker Nancy Pelosi refused to set a date yesterday for sending the impeachment article against Donald Trump to the Senate but insisted a trial “must” proceed despite Republican opposition, as President Joe Biden appealed for unity.

“It will be soon. I don’t think it will be long, but we must do it,” the top Democrat in Congress told reporters.

She added that the Senate will need to determine the structure of a trial of Trump, who would be the first ex-president ever to face such a process in Congress.

“I’ll be talking with the (impeachment) managers as to when the Senate will be ready for the trial of the then-president of the United States for his role in instigating an insurrection on the Capitol... to undermine the will of the people,” Pelosi said.

Biden, who was sworn in Wednesday as the nation’s 46th president, has spoken out against Trump for inspiring his supporters on January 6 to march on the Capitol, where they caused a violent riot that left five people dead including a police officer.

Biden however made national unity a key theme of his inaugural address Wednesday, saying “we must end this uncivil war” that pits Americans with different political beliefs against one another.

But Pelosi dismissed questions about whether proceeding with a trial would do more harm than good by undercutting Biden’s unity message.

“I’m not worried about that. The fact is, the president of the United States committed an act of incitement of insurrection,” she said.

The top Senate Republican, Mitch McConnell, has left the door open for supporting a conviction of Trump, but several in his caucus have spoken out against a trial.

Putting Trump on trial would only “open up Pandora’s box,” Senator Lindsey Graham, a close ally of the former president, told Fox News on Wednesday hours after Biden’s inauguration.

Impeaching and convicting a departed president “is a political exercise that will further divide the country and, I think, eventually destroy the presidency,” he added.

The parameters of a Senate trial will largely be determined by Democrats, who now control the chamber. — AFP

These were the details of the news Pelosi insistent on Trump impeachment trial but mum on timing for this day. We hope that we have succeeded by giving you the full details and information. To follow all our news, you can subscribe to the alerts system or to one of our different systems to provide you with all that is new.