Quarantine for anyone arriving in the United States by plane – Covid-19 monitoring around the world – rts.ch 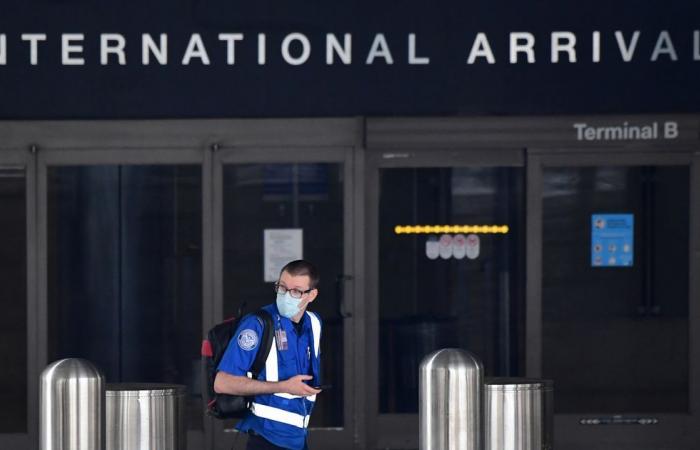 People traveling to the United States by plane will now have to undergo a mandatory quarantine, announced the new US President Joe Biden. Travelers will also need to be able to test negative.

Since the onset of the disease at the end of December 2019, the Covid-19 pandemic has killed at least 2,075,698 people around the world, according to a report drawn up at midday Thursday by AFP.

The map of contaminations in the world (since the start of the pandemic):

The experience is ideal on a computer. On mobile, open this link to view the map in full screen

UNITED STATES – Quarantine for those arriving by air

US President Joe Biden announced Thursday that a quarantine would now be mandatory for anyone arriving in the United States by plane, without specifying the duration.

Presenting its plan to fight Covid-19, the new White House tenant also announced that travelers should be able to test negative.

Asked whether his stated goal of 100 million vaccinations in 100 days was not lacking in ambition, he reacted strongly: “When I announced it, you all said it would not be possible. , you are not serious!”

The new US administration facing the challenge of the coronavirus

PORTUGAL – Closure of schools to stop the explosion

The precautionary principle requires us to interrupt all teaching activities for the next two weeks,” from Friday, said Antonio Costa, the head of the socialist government, after a council of ministers. A week after imposing a second general lockdown, which did not provide for the closure of schools or universities, the Prime Minister explained that this had become necessary because of “this new strain and its speed of transmission”.

Portugal has been chaining new daily death records for several days, with 221 additional deaths announced Thursday by the Directorate General of Health in its daily report. After reaching a record of 14,647 new cases in 24 hours on Wednesday, this country of about 10 million inhabitants still recorded 13,544 on Thursday.

This explosion of new cases is explained in particular by the spread of the British variant, which is much more contagious than the original SARS-CoV-2 virus was. “There is a strong growth of this variant,” said the Prime Minister, specifying that it currently represents 20% of infections, but that this proportion could reach 60% as of next week.

FRANCE – 70 people vaccinated by the end of August?

The government will be “able” to vaccinate 70 million people by the end of August, “if all the vaccines ordered are validated by European and world health authorities”, assured the Minister of Health, Olivier Véran, on Thursday.

But he was careful to specify that the vaccination of the entire population by the end of August required “a specific circumstance: it is if all the vaccines that we have ordered are validated by the European and world health authorities” .

The minister was much more cautious Thursday afternoon before the Senate Law Committee. He then mentioned the target of “15 million people vaccinated before the summer”.

Olivier Véran also asked the French to no longer use homemade masks, considered insufficiently filtering in the face of the appearance of new, more contagious variants of the coronavirus.

The HCSP (High Council for Public Health, editor’s note) recommends to the French, and this is the recommendation that I also make them, to no longer use the artisanal mask that we made at home”, declared Olivier Véran, which also asks to avoid the least filtering industrial fabric masks (called “category 2”).

The Spanish government was subject to growing pressure on Thursday from many regions demanding a toughening of measures against Covid in the face of the explosion in the number of patients filling hospitals. More than half of the 17 regions, including some on the left such as the central government, unsuccessfully requested permission on Wednesday to bring the curfew forward.

“Thousands of people fall ill every day, thousands will die,” the vice-president of the region of Castile and Leon (center), Francisco Igea, said on Thursday on national radio, calling the government’s decision to “unjust” and “authoritarian”.

Currently, the state of health emergency decreed in October and in effect until May allows regions, which have broad powers, particularly in the area of ​​health, to impose such a curfew between 10 p.m. and 7 a.m.

Beyond this device, several regions including Andalusia (south), the most populated in Spain, also claim the right to force the population to a new strict confinement. But the government of Pedro Sanchez refuses and affirms that the arsenal of measures allowed by the state of health emergency are sufficient to reverse the contagion curve.

A majority of Dutch MPs on Thursday approved the establishment of a curfew to fight the Covid-19 pandemic, with the government saying it should come into force on Saturday.

Parliament approved this curfew on the condition that it begins every evening at 9:00 p.m. instead of 8:30 p.m. as the government wanted.

The Glastonbury Festival, which typically attracts tens of thousands of spectators, is canceled for the second year in a row due to the coronavirus pandemic, organizers said. “Despite our efforts to move heaven and earth, the festival cannot be held this year,” lament Michael and Emily Eavis in a statement on the festival’s Twitter account.

Held in fields in the southwest of England, the festival usually welcomes more than 200,000 people at the end of June. Like last year, spectators who made a deposit will be offered to postpone it for the next edition, with the organizers promising something “very special” for 2022.

Some 150 caregivers demonstrated near the residence of Israeli Prime Minister Benjamin Netanyahu in Jerusalem on Thursday to demand an increase in the budget for hospitals, in crisis due to the novel coronavirus pandemic. In white coats and with a sanitary mask on the lower face, these doctors, nurses and orderlies held up signs on which we could read: “We are the collapsing system”.

“Shame on Netanyahu”, they chanted, noted an AFP journalist, two days after the end of several months of negotiations between hospital directors and the Ministry of Finance which were unsuccessful. “We are asking for an additional budget for materials, drugs and to be able to pay salaries,” said the director general of Hadassah Hospital in Jerusalem.

Five people died in a fire Thursday in Pune, western India, at the site of the Serum Institute, the world’s largest vaccine manufacturer, without the fire affecting its high-speed vaccine production against Covid-19, according to the company. “We are deeply saddened and offer our most sincere condolences to the families of the missing,” Adar Poonawalla, the CEO of the company, said on Twitter, without further details.

Rescuers discovered five bodies in the building which burned down after bringing the fire under control, media also said. Indian TV stations showed a huge cloud of gray smoke above IBS facilities in Pune, where millions of doses of the Covid-19 vaccine Covishield, developed by AstraZeneca and the University of Oxford are produced .

The manufacturer has assured, however, that its production of Covid-19 vaccines was not affected. “

The vaccine production facility is not affected,” a source at the Serum Institute of India (SII) told AFP, adding that a fire had started in a new factory under construction.

China plans to put in place very strict health controls over the Lunar New Year holiday period, when tens of millions of people are expected to travel, as the country battles the epidemic’s worst outbreak since March 2020. Faced with the increase in new infections recorded daily in the northeast of the country, millions of people have been placed in confinement in recent weeks in the provinces of Jilin, Heilongjiang and Hebei, which borders the capital Beijing.

Authorities are calling on people not to come to the Lunar New Year festivities next month in hopes of averting another nationwide wave of the epidemic, which China managed to control last year by imposing strict containment measures quickly.

Over the past twenty-four hours, 144 new cases of contamination have been confirmed in the country, according to health authorities, a daily toll equivalent to that of January 14 and which is a highest since March 1, 2020.

>> Listen to the 12:30 pm report on China building a quarantine center:

China also announced Thursday the suspension for two weeks of Air France flights between Paris and Tianjin, near Beijing, following the discovery of five cases of Covid-19 on the arrival of a flight from the French capital.

These were the details of the news Quarantine for anyone arriving in the United States by plane – Covid-19 monitoring around the world – rts.ch for this day. We hope that we have succeeded by giving you the full details and information. To follow all our news, you can subscribe to the alerts system or to one of our different systems to provide you with all that is new. 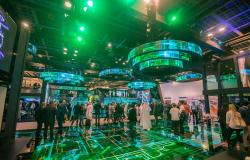