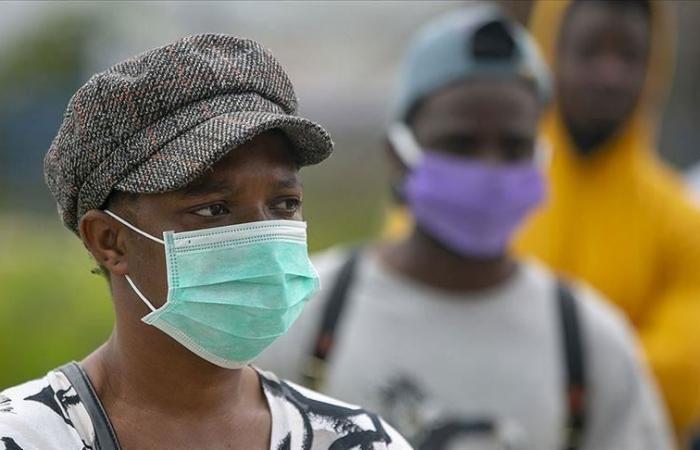 The second wave of the Covid-19 epidemic is proving more deadly in Africa, where the death rate now exceeds the global average, the Center for Disease Control and Prevention (Africa CDC) announced on Thursday.

The death rate of the new coronavirus in Africa now stands at 2.5% of recorded cases, above the world average of 2.2%, explained the director of this specialized agency of the African Union (AU) , John Nkengasong, at a press conference.

The number of cases on the mainland rose 14% per week over the past month.

Since the start of the pandemic, Africa has officially remained one of the least affected continents, with 3.3 million cases of Covid-19 and almost 82,000 deaths, according to the organization.

But the increase in the death rate marks a break with the first wave, when it remained below the global average, Nkengasong said.

“We are witnessing a turnaround,” he added. “This is one of the notable characteristics of the second wave, which we have to fight hard.”

At present, 21 African countries have death rates above the world average of 2.2%.

This excess mortality is caused by the acceleration in the number of cases, which clogs health systems on the continent, according to Mr. Nkengasong.

The dynamics of the epidemic “exceed the capacity of nurses and doctors to take care of patients,” he explained. “Patients are not getting the attention and care they need because we have a limited number of beds and supplies.”

Mr. Nkengasong notably underlined the needs for oxygen, used to treat severe forms of Covid-19, which are becoming “critical”.

In Nigeria, the most populous country in Africa, health authorities report having to “choose which patients to take care of and which to refuse treatment”, he detailed.

The AU announced last week that it had ordered 270 million vaccines for the continent, in addition to those planned through the Covax device, an initiative of the World Health Organization (WHO) and private partners for equitable access to vaccines.

Negotiations are “underway” with Russia and China to order additional doses, but “we don’t have an agreement yet,” Nkengasong said.

These were the details of the news the second wave, more deadly in Africa for this day. We hope that we have succeeded by giving you the full details and information. To follow all our news, you can subscribe to the alerts system or to one of our different systems to provide you with all that is new.