for Macron, France has become “a nation of 66 million prosecutors” 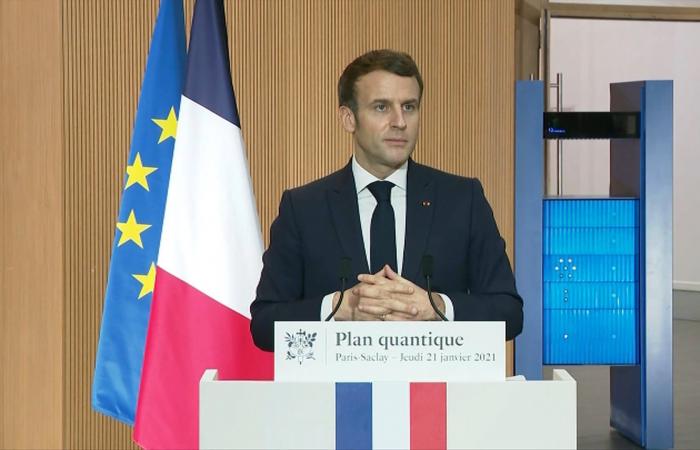 The President of the Republic defended the action of the executive, while rejecting the many criticisms formulated in this regard.

A little sentence that risks spilling ink. Emmanuel Macron regretted this Thursday the “incessant hunt for error” in France, which has become “a nation of 66 million prosecutors”, during the announcement in Saclay of a national investment plan in quantum technologies.

In an allusion to the many criticisms of the government’s management of the health crisis, the Head of State also considered that “he who does not make mistakes is the one who does not seek, who does nothing or which mechanically does the same thing as the day before “, during a speech on the Saclay plateau.

Boasting a national investment plan of 1.8 billion euros in quantum technologies, he estimated that “this strategy assumes the share of risks and errors.”

“This is not how we face the crisis”

“And I say this because what goes with French mistrust is also this kind of incessant pursuit of error. That is to say, we have become a nation of 66 million prosecutors. It is not not like that we face the crisis or that we move forward “, denounced Emmanuel Macron.

“We need to have women and men who seek, who have the ability to invent what is not yet perceptible and to make mistakes in order to be able to correct as quickly as possible and improve. that makes a great nation, ”he said, adding that“ our mistakes are what teaches us the most ”.

The Head of State estimated that “one of France‘s problems is mistrust””, “widely documented by many researchers”. “I believe that we get there through confidence”, he continued, also insisting on the need to “always continue to look at the horizon and prepare for the next day” because “otherwise we will suffer the crises to come” .

Since the start of the Covid-19 crisis, the executive has been widely criticized for its management of the epidemic, in particular on the masks, the tests and now the vaccination campaign, considered too sluggish at the start.

The reactions to Emmanuel Macron’s words were not long in coming. On BFMTV, the Republican deputy of Bouches-du-Rhône Éric Diard declared himself “shocked” by the words of the head of state.

“I find that the French are rather indulgent.

The French are not in the street, the French accept very difficult measures of restriction of freedoms, deprivation (…). I find that the French are very resilient, we do not can no longer speak of ‘refractory Gauls’, I would speak of ‘resilient Gauls’ “, rebuked the deputy.

“Let the President of the Republic say that ‘the opposition does not hear us’ is the political game, but we cannot attack all the French,” he added.

These were the details of the news for Macron, France has become “a nation of 66 million prosecutors” for this day. We hope that we have succeeded by giving you the full details and information. To follow all our news, you can subscribe to the alerts system or to one of our different systems to provide you with all that is new.