Video game: the shortage of consoles is on course to last 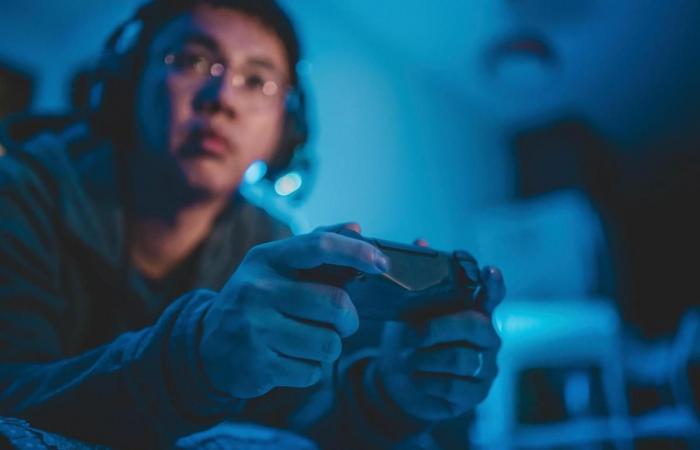 “Not available at the moment and no delivery date planned”, the terse message from Digitec displayed with the PlayStation 5 just days after the official sale of the new Sony console (and still relevant on January 21) is not the exception, it is the rule: all players (physical stores and online sales sites) indicate the unavailability of the latest generation game consoles, those that were launched last November, to the point that even reservations have been disabled. And the problem is not confined to the Swiss market, the shortage is worldwide.

Traders are quite embarrassed when asked if they see a breakthrough on the horizon, none risk a prognosis. Just is it advisable to monitor occasional messages of arrivals of a few units in stock on social networks or via a newsletter. Units which are taken by storm as soon as they arrive.

The only model that seems to escape the curse, the Xbox Series S (the inexpensive model calibrated for those who do not see the need to switch to 4K today) is currently available here and there in Switzerland.

The “scalpers” rub their hands

With the shortage, the “scalpers” are rubbing their hands. Those who manage to circumvent the policies instituted by the businesses of providing only one copy per customer, and thus constitute a resale stock, manage to sell on the websites of PlayStation 5 auctions sometimes well over double the recommended price. On ricardo.ch, there are certainly PS5s just under 1000 francs (instead of 399 or 499 francs for models without or with a disc player) but the auctions can increase the price to exceed 1500 francs. And even the packing boxes (empty, of course) have value: they are sold over 10 francs, a ridiculous price that will make even your tax collector laugh. Note that the resale market seems much less juicy for those who bet on the Xbox. A very clear indication that it is much less sought after than the PS5, Microsoft’s Series X model is only offered a large hundred francs more expensive than the recommended price (499 francs).

How did this come about, the worst launch of a new generation of consoles in the history of living room gaming machines? It is not on the side of the manufacturers that we must look, the latter have put themselves in “damage control” mode limiting themselves to specifying under the constraint that they are sorry and are doing everything to adjust supply to demand. It is rather on the side of industry news that we must orient ourselves and they are not good.

The pandemic does not explain everything

There is certainly a small pandemic of nothing at all that has come up against the manufacturing processes in China and elsewhere, but that does not explain everything. Game consoles, and with them all products packed with chips and electronic components, are affected by a worrying shortage of key components, as the business media have been observing for many months now. We will cite two.

The manufacturers of silicon bars, an essential base for the development, among other things, of microprocessors, have badly anticipated an explosion in demand with the proliferation of new players, in particular the automotive industry and the deployment of 5G networks. in telecommunications. This affects both quantities and prices. In addition, there are not many companies capable of making the best performing chips. There would be only one in the world with the necessary expertise to produce the latest generation components (5 and 7 nanometer engraving process). This is TSMC (Taiwan Semiconductor Manufacturing Company).

And as happiness never comes alone, manufacturers of consoles (and graphics cards for PCs) are also penalized by another shortage, that of the ABF substrate, an insulating film essential for latest generation microprocessors. And in this market, the PS5 and Xbox Series are not a priority given the much greater weight of other industries.

The increase in prices, a doubling, tripling or even tenfolding in some cases, is also not good news in a sector where the launch of new machines is often at a loss.

The practice is indeed common to sell a new console below its manufacturing cost by counting on the profits generated by the services (games, subscriptions…) to compensate. And this is probably the case for the PS5 and the Xbox Series X attached to a psychological bar not to exceed 500 francs. Microsoft and Sony thus in the delicate situation of having to choose between increasing the price of their consoles or absorbing the shock. A worrying situation although the two actors have strong backs.

On the basis of these elements, the most optimistic who believed to see an improvement for this spring are now eyeing the beginning of summer.

The most Cassandra even go so far as to speculate that the shortage will last at least until the end of 2021.

No new console for next Christmas? Gamers dare not believe it. And if the manufacturers don’t either, they don’t say it yet.

Sony in particular which, to this day, still hopes to have a very ambitious plan to sell 16 to 18 million PS5s this year.

These were the details of the news Video game: the shortage of consoles is on course to last for this day. We hope that we have succeeded by giving you the full details and information. To follow all our news, you can subscribe to the alerts system or to one of our different systems to provide you with all that is new.