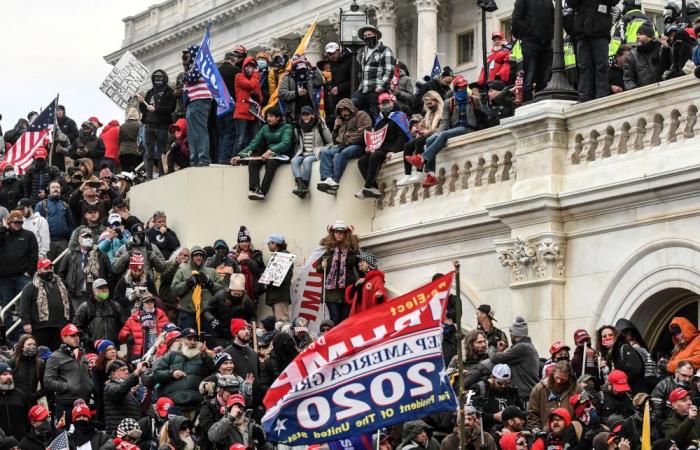 WASHINGTON, Jan 21 ― The FBI yesterday arrested a Florida-based member of the right-wing Proud Boys group on charges of storming the US Capitol two weeks ago in a crowd of Donald Trump supporters challenging his election defeat, the Justice Department said.

Joseph Randall Biggs, 37, faces charges of corruptly obstructing an official proceeding before Congress, unlawful entry, and disorderly conduct in the attack on the seat of government while lawmakers were certifying Democrat Joe Biden's November 3 election win.

Biden was sworn in as President yesterday and he called for an end to America's “uncivil war.”

A number of people with ties to the Proud Boys have been charged and more than 100 people overall have been arrested so far, a figure prosecutors expect will grow as the FBI continues to analyze more than 200,000 photos and videos of the Capitol riot.

The criminal complaints have revealed that some of the rioters have ties to right-wing fringe groups, are known white supremacists or adhere to the QAnon conspiracy theory, in which believers claim that former president Trump is secretly fighting a cabal of child-sex predators that includes prominent Democrats and “deep state” government officials.

On Tuesday, prosecutors charged three members of the Oath Keepers militia with conspiring to breach the Capitol, and released text messages with references to trapping members of Congress in the tunnels beneath the Capitol and gassing them.

No conspiracy charges have been filed involving the Proud Boys, though the FBI in its criminal complaint against Biggs said “multiple individuals” associated with the group have been photographed “with earpieces.”

Investigators said Biggs actively encouraged members to travel to Washington and communicated directly with the group's leader Enrique Tarrio, who was arrested before the Jan. 6 riots on charges of destruction of property and possession of a firearm magazine.

The FBI said Biggs and fellow Proud Boy Dominic Pezzola can be seen in video footage entering the Capitol, with Pezzola breaking a window. Later, Biggs tells the camera “this is awesome,” according to the complaint.

Pezzola, who was arrested on January 15, also faces charges.

Prosecutors are also focused on tracking down people who assaulted police or members of the press.

Patrick Edward McCaughey III, who was pictured in a now-viral video in which Washington police officer Daniel Hodges was pinned with a riot shield, appeared in federal court in New York on Wednesday on charges of assaulting police, among others.

McCaughey can be seen crushing Hodges in the video and can be heard telling officers to not resist the rioters, according to the criminal complaint. “You see me. Just go home. Talk to your buddies and go home,” he allegedly said.

Benjamin Gianforti, the prosecutor in the case on Wednesday, characterised the video as “chilling.”

McCaughey's attorney said his client is not as “maniacal” as the government alleges and asked that he be allowed to return home to live with family. A federal judge ordered McCaughey to be detained, describing his conduct as “highly disturbing.”

Also appearing in court on Wednesday was Samuel Fisher, whom the FBI said breached the Capitol and also posted photos of himself with guns.

On Facebook the next day, he purportedly told someone that he was there, and that even though people died and he got tear-gassed, it was “great.”

“Seeing cops literally run ... was the coolest thing I've ever seen in my life,” he is quoted as saying.

A federal judge ordered Fisher detained, citing the amount of weapons and ammunition found in his possession upon being arrested.

“That to me is a serious danger,” the judge said. ― Reuters

These were the details of the news Proud Boys member in latest wave of arrests over US Capitol riots for this day. We hope that we have succeeded by giving you the full details and information. To follow all our news, you can subscribe to the alerts system or to one of our different systems to provide you with all that is new.