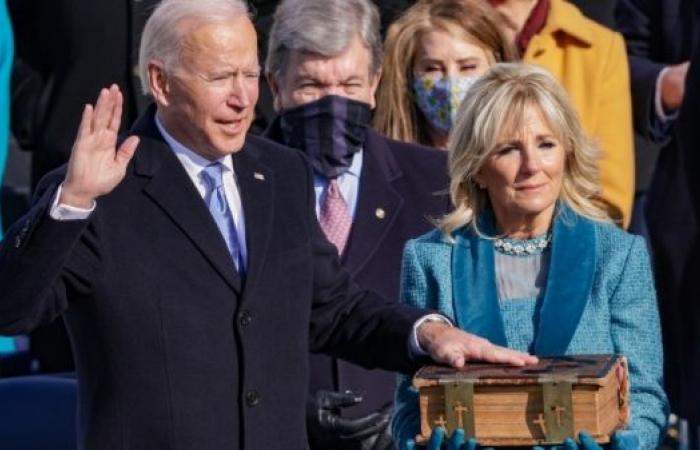 Hind Al Soulia - Riyadh - WASHINGTON — Joseph R. Biden Jr. has been sworn in as president of the United States and Kamala Harris has become the first female Vice President in US history.

"Democracy has prevailed," the new US president said, calling for unity after the violence seen at Capitol Hill.

Donald Trump departed the White House earlier in the day, stating that it was an "honor" to serve as president.

Trump did not take part in the inauguration ceremony — becoming the first outgoing president to do so in 152 years.

Later on Wednesday, the US president will go to the White House. There will be a virtual inaugural parade and television special in the United States to celebrate the new administration.

Biden is also expected to sign several executive actions reversing Trump's policies on issues ranging from the COVID-19 pandemic, immigration, and the environment.

He is expected to sign the Paris climate accord and rejoin the World Health Organisation on his first day in office. — Euronews

These were the details of the news Biden sworn in as 46th US president for this day. We hope that we have succeeded by giving you the full details and information. To follow all our news, you can subscribe to the alerts system or to one of our different systems to provide you with all that is new.