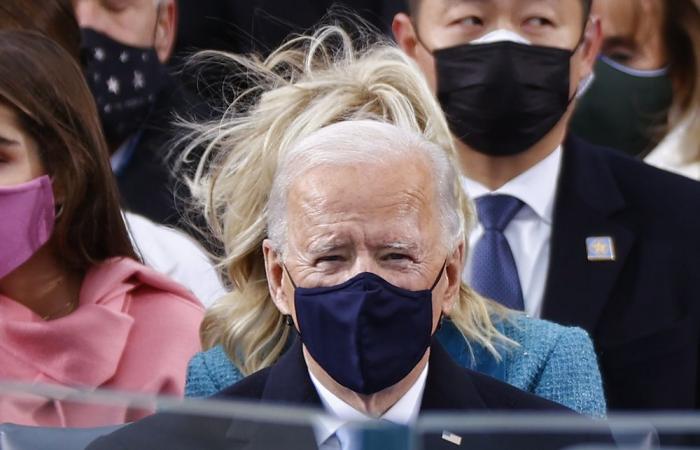 WASHINGTON, Jan 21 — Incoming President Joe Biden today will immediately reset the nation’s response to the Covid-19 crisis after he is sworn in to lead a country reeling from its worst public health crisis in more than a century.

As part of a first sweep of executive actions, Biden will order that all federal employees wear masks and make face coverings mandatory on federal property. He will establish a new White House office to coordinate the coronavirus response and halt the withdrawal of the United States from the World Health Organisation, a process initiated by the outgoing president, Donald Trump.

The orders signal that Biden aims to fulfill his campaign promise to make Covid-19 relief a top priority and will mark a sharp divergence from the Trump administration’s pandemic response, which critics say was ineffectual, uncoordinated and at least partly responsible for the death of more than 400,000 Americans.

The executive actions will follow his swearing-in ceremony scheduled for noon ET (1700 GMT). The scaled-back ceremony will be unlike any in US presidential inauguration history, with the National Mall covered in a “field of flags” instead of the typical crowds, who were not permitted because of the risk of contagion.

Biden was also poised to nominate an acting US surgeon general as soon today, a person familiar with the decision told MSNBC, following the resignation of Trump appointee Jerome Adams.

Biden’s actions, particularly the mask mandate, are intended to set an example for state and local officials to rein in the virus, which has hobbled the US economy. The United States has reported nearly 200,000 new Covid-19 cases and 3,000 deaths per day on a seven-day rolling average, according to Reuters data. More than 123,000 Americans were hospitalised with Covid-19 as of yesterday.

Scientists and public health experts have said face masks can help prevent the spread of the highly contagious novel coronavirus, but the coverings have become a flashpoint in American life reflecting the nation’s larger political divide.

Trump, who contracted Covid-19 last autumn, had eschewed their use at all but a handful of events and continued to hold crowded, largely maskless campaign rallies while Biden’s campaign initially stuck to virtual events before expanding to other masked and socially distant gatherings.

There were few face masks as Trump departed Washington this morning. In remarks to the crowd at Joint Base Andres in Maryland, Trump again painted his administration as a victim of the virus and listed a series of accomplishments such as tax cuts, deregulation and stock market gains before addressing Covid-19 deaths.

“We got hit. Nobody blames us for that. The whole world got it,” he said of the pandemic’s toll on the economy. He later touted the development of a vaccine as a “miracle” before paying his respects to people and families impacted by the virus. — Reuters

These were the details of the news Biden to hit reset on nation’s fight against Covid-19 after taking office for this day. We hope that we have succeeded by giving you the full details and information. To follow all our news, you can subscribe to the alerts system or to one of our different systems to provide you with all that is new.