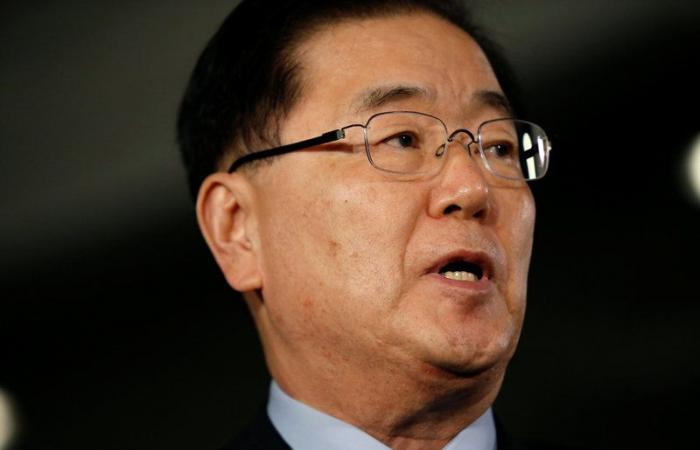 Hello and welcome to the details of S.Korea's Moon taps ex-adviser as foreign minister in bid to revive N.Korea talks and now with the details

SEOUL, Jan 20 ― South Korea's president today nominated a former national security adviser who played a bridging role in an unprecedented summit between North Korea and the United States in 2018 as the country's next foreign minister.

The nomination of Chung Eui-yong, 74, to replace Kang Kyung-wha as foreign minister five months after his retirement as President Moon Jae-in's top foreign policy and security adviser was seen as a bid to help revive stalled denuclearisation talks.

Chung had sought to mediate between Pyongyang and Washington but he was accused of misleading both sides about the potential for agreement after North Korean leader Kim Jong-un and US President Donald Trump failed to reach a deal at their second summit in 2019. ― Reuters

These were the details of the news S.Korea's Moon taps ex-adviser as foreign minister in bid to revive N.Korea talks for this day. We hope that we have succeeded by giving you the full details and information. To follow all our news, you can subscribe to the alerts system or to one of our different systems to provide you with all that is new.