China and WHO could have acted faster against Covid-19, experts say 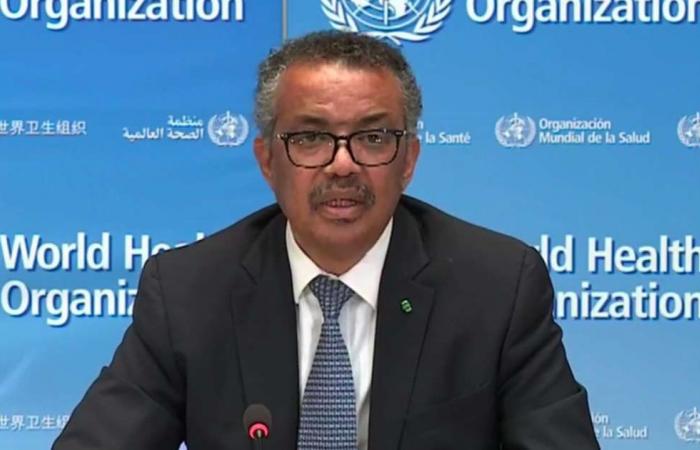 The WHO and Beijing could have acted faster at the start of the Covid-19 epidemic, concluded the independent experts responsible for assessing the global response, for whom the spread of the virus has benefited from a “Largely hidden epidemic”.

In its second report to be presented on Tuesday January 19 at a meeting at the World Health Organization, this panel of experts stresses that“By referring to the initial chronology of the first phase of the epidemic, we see that it would have been possible to act faster on the basis of the first signs”.

EXCLUSIVE. The day the WHO decided to declare an international emergency on the coronavirus

“It is clear to the Independent Group that public health measures could have been implemented more vigorously by Chinese local and national authorities in January”, he wrote again.

Experts also point to the slowness of the WHO when it comes to meeting its emergency committee at the start of the pandemic and the reluctance to declare an international health emergency.

WHO, accused on all sides

“It is not clear why it did not meet before the third week of January, nor why it could not immediately agree on the declaration of a public health emergency of international concern”, they write. This is the highest level of alert for an epidemic.

Since the start of the health crisis at the end of 2019, the WHO has been strongly criticized in its response, notably delaying in recommending the wearing of a mask. Above all, she was accused by the United States of having been extremely complacent with China, where the coronavirus appeared, and of having delayed declaring a state of global health emergency.

“China-USA, the battle of the WHO”, virus and geopolitics

In May, WHO member states agreed on the principle of an independent inquiry, and in July, WHO chief Tedros Adhanom Ghebreyesus announced the creation of the Independent Group to establish “An honest assessment” crisis management and ” learn “ for the future.

In just over a year, the pandemic has officially killed more than 2 million people, and just under 100 million people have also been infected. These numbers probably underestimate the real toll.

These were the details of the news China and WHO could have acted faster against Covid-19, experts say for this day. We hope that we have succeeded by giving you the full details and information. To follow all our news, you can subscribe to the alerts system or to one of our different systems to provide you with all that is new.