US accuses China of 'genocide' of Uighurs in Xinjiang 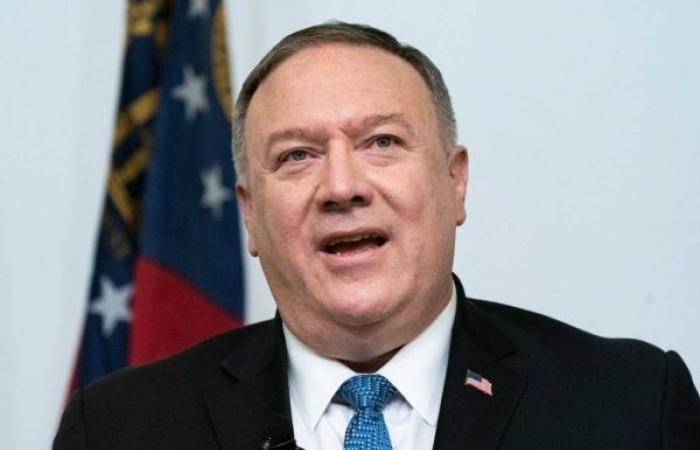 Hind Al Soulia - Riyadh - WASHINGTON — The Trump administration has determined that China has committed genocide and crimes against humanity against Uighur Muslims and ethnic and religious minority groups who live in Xinjiang, a remote region in China's far west.

"This genocide is ongoing, and that we are witnessing the systematic attempt to destroy Uighurs by the Chinese party-state," US Secretary of State Mike Pompeo said in a statement on Tuesday, on the last full day of the Trump administration.

The US State Department has previously estimated that up to two million Uighurs, as well as members of other Muslim minority groups, have been detained in a sprawling network of internment camps in the region.

Beijing has long defended the crackdown there as necessary to tackle extremism and terrorism. But leaked government records released last year revealed that people could be detained for simply "wearing a veil" or growing "a long beard."

"Since at least March 2017, local authorities dramatically escalated their decades-long campaign of repression against Uighur Muslims and members of other ethnic and religious minority groups, including ethnic Kazakhs and ethnic Kyrgyz," Pompeo said.

"(Chinese) authorities have conducted forced sterilizations and abortions on Uighur women, coerced them to marry non-Uighurs, and separated Uighur children from their families," he also said.

The incoming Biden administration, if elected, would likely keep up US pressure on the issue. The President-elect's campaign has already issued a statement saying it considers China's actions in the region "genocide," while the Trump administration was still debating the term earlier this year.

Xinjiang is home to around 11 million Uighurs, a predominantly Muslim ethnic minority that speaks a language closely related to Turkish and have their own distinct culture.

Former reeducation camp detainees have previously said they experienced political indoctrination and abuse inside the camps, such as food and sleep deprivation and forced injections.

Earlier this month the US banned imports of cotton products and tomatoes produced in China's Xinjiang region over forced labor concerns. — Courtesy CNN


These were the details of the news US accuses China of 'genocide' of Uighurs in Xinjiang for this day. We hope that we have succeeded by giving you the full details and information. To follow all our news, you can subscribe to the alerts system or to one of our different systems to provide you with all that is new.