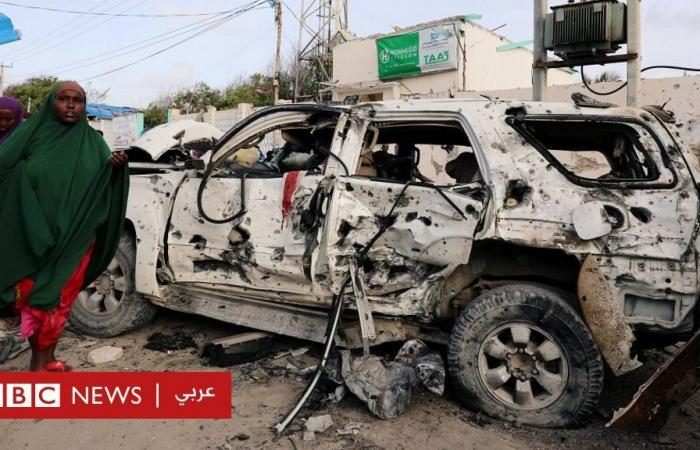 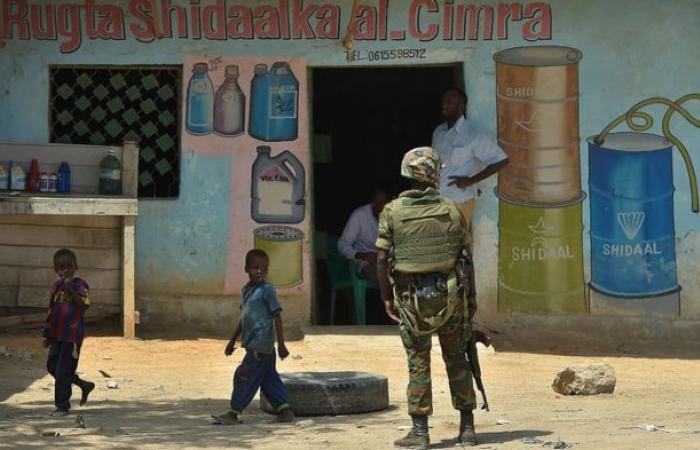 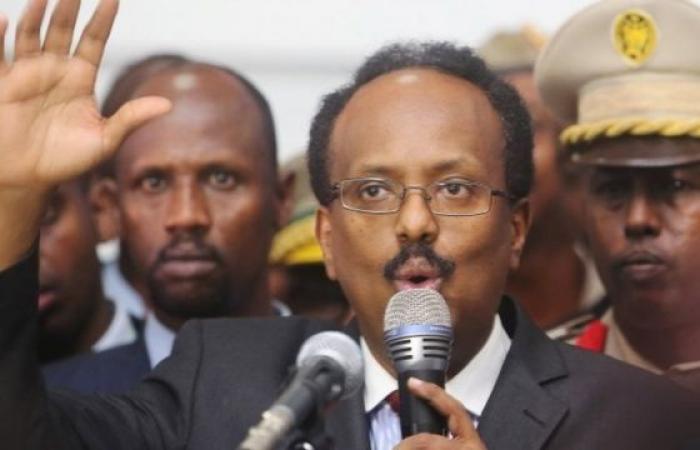 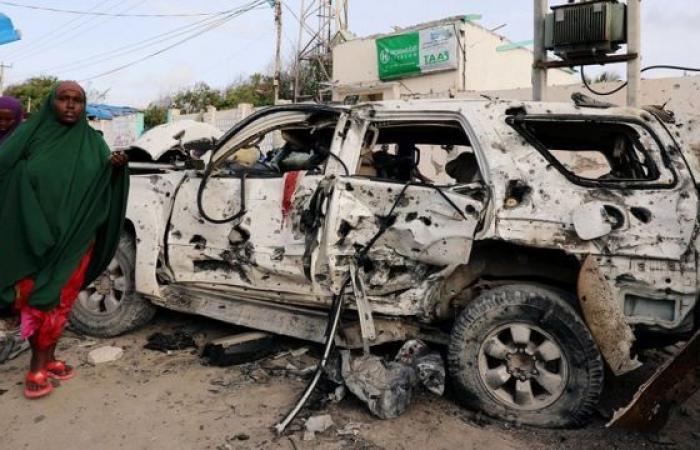 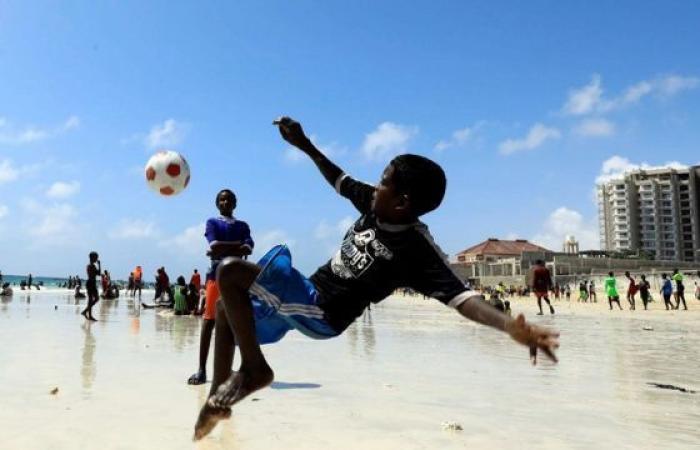 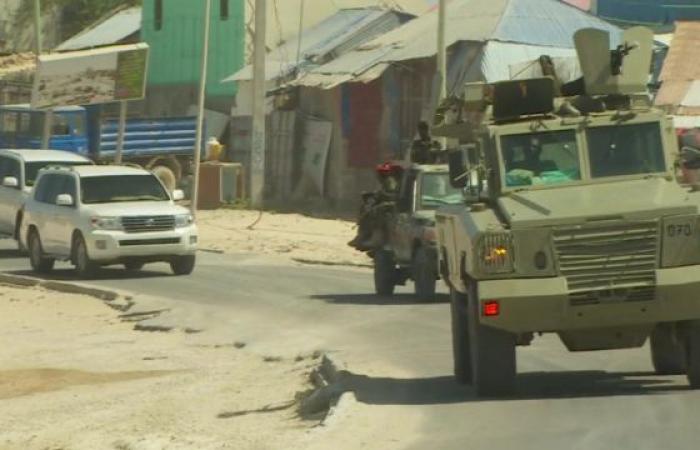 Tensions are rising sharply in Somalia, and the country’s fragile political system is grappling with deeply contested elections, at a time when some US military forces are withdrawing from the country, with renewed concerns about a well-resourced hard-line Islamist insurgency.

Diplomats and observers warn that the country, after three decades of collapse due to chaos, is at a crossroads again, with the recent progress made in rebuilding the shattered country at risk.

“Somalia is going through an important watershed moment,” James Swan, the Special Representative of the Secretary-General of the United Nations, told the BBC, warning that the “positions and conflicts” of national and regional leaders within the country, and their differences over the postponement of the parliamentary elections, could lead to violence.

A group of powerful organizations and states, including the United Nations, the European Union and the African Union peacekeeping mission, issued a strong statement urging the political elites in Somalia to seek dialogue, writing: “Any threat to use violence is unacceptable.”

Last year, Somalia was scheduled to hold its first elections under the slogan “One vote for one person”, a landmark step for a country that has long been torn apart.

However, the opposition parties, which are dominated by clans, boycotted the electoral process due to fears of fraud, and the agreement concluded through good mediation is currently in crisis, and some blame the head of state, Muhammad Abdullah “Farmajo”, and his efforts to impose his will on regional leaders In Somalia increasingly.

Hussein Sheikh Ali, a former national security advisor to Farmajo, said, “It could turn into a disaster if these elections are not directed towards the right track. Everyone knows that our democracy is in danger, and we need to fix it.”

In addition, the capital, Mogadishu, a city torn apart by the leaders of rival clan wars, is a growing source of concern due to the militant Somali Islamist movement, Al Shabaab.

The movement had withdrawn from the city, and was expelled from most other Somali cities, by the African Union and Somali forces, but it maintains great control in the countryside.

The movement began to administer what amounts to a shadow government in Mogadishu, as it imposes taxes and threatens many companies, runs Sharia courts, and carries out murders and suicide attacks targeting hotels and government offices.

“Al-Shabab imposes taxes on everyone, directly or indirectly, including the head of state, as the food that he eats is subject to a tax (they impose it),” a former Farmajo advisor told the BBC.

He added, “They have gotten stronger over the past four years. Many underestimate Al-Shabaab and say that they have become like the Mafia. But it is a well-organized and cohesive movement that has a strategic vision to subjugate this country.”

Last August, 15 people were killed when Al-Shabaab carried out an attack on the popular “Elite” coastal hotel in Mogadishu. Abdullah Noor, the hotel’s owner, said he believed his hotel was targeted because he refused to pay the militants.

“It’s like a ransom,” added Nour, who quickly repaired the building and is still open. “They knew we would not pay Al-Shabaab money.”

“Even after that happened, we are ready to resist them and defend ourselves,” he said.

However, Nour, like many hotel guests and other families enjoying the nearby Lido Beach, expressed his deep concern about the new developments, namely the withdrawal of some US forces from Somalia, on the orders of Donald Trump, the outgoing US President.

“This is very annoying to us,” said the owner of the hotel, “We still need Americans, especially for security.”

And Western diplomats in Mogadishu sought to downplay the importance of the White House’s sudden decision to transfer some US special forces from Somalia, and there is a belief that there are about 700 US troops in the country.

British Ambassador Ben Fender said: “They described it themselves and said it was not a change of policy, but just a change in the position of force. I think the Americans are very clearly committed to providing assistance in securing Somalia in the long term.”

However, Stephen Schwartz, the former US ambassador to Somalia, criticized the move, describing it as “unjustified public relations, and surprising gains for Al-Shabaab operations.”

There is particular concern that operational training and oversight that Americans provide to Somali Special Operations forces in the Danab region have been damaged, although controversial US drone strikes have often continued on Al-Shabaab targets.

He added, “Otherwise, they (Al-Shabaab) would have been able to make more progress. This could have a serious impact on anti-terrorism efforts in Somalia. (Danab may now be) vulnerable to being used as a political tool” by the conflicting forces within the country.

These tensions are simmering within the fragile state institutions in Somalia and are being manipulated by other countries in a region whose future cannot be predicted at all, in light of growing instability in Ethiopia, the Gulf and elsewhere, as well as the presence of five foreign African armies and military advisors from many other countries, currently active. In internal conflicts in Somalia.

“The problem is that Somalias conflicts have not yet been fully resolved, and there are different views on the type of state they should become in,” Ambassador Fender said. “Also, disputes within Somalia are sometimes subjected to exploitation by international partners or their expansion.”

Without a doubt, Somalia has made great progress in many areas over the past years.

The state has become more effective in collecting revenues, and Somali youth and expatriates are active in civil society, and Mogadishu is rapidly changing, and if politicians can overcome the current impasse and hold other elections this year, this means that the country will be able to make the third peaceful transition in less than a decade.

However, this progress is still totally dependent on the forces of the African Union Mission “AMISOM”, which consists of about 20 thousand African soldiers, which protect the government and topped the scene of fighting Al-Shabaab for years.

Opponents of the AU mission say it has become too comfortable with the status quo and is not making enough efforts to eliminate the militants.

However, senior AMISOM officials say attempts to build a cohesive Somali national army to support their campaign against al-Shabaab have been largely unsuccessful.

The last line of defense

About efforts to build a Somali army, Ali said, “We didn’t do our job. It’s a fact, AMISOM also didn’t do enough.”

In the past, when al-Shabaab still controlled more than half of Mogadishu and a violent trench warfare broke out in the city, it was widely accepted that the militants would invade the capital within an hour if AMISOM forces withdrew.

But today, if AMISOM withdraws, according to a senior military official who spoke on the condition of anonymity, it would take “only 12 hours” for Al-Shabaab to take Mogadishu and most other cities.

These were the details of the news Somalia could face great risks after Donald Trump’s decision to withdraw... for this day. We hope that we have succeeded by giving you the full details and information. To follow all our news, you can subscribe to the alerts system or to one of our different systems to provide you with all that is new.