Algeria for revenge, Morocco for a feat 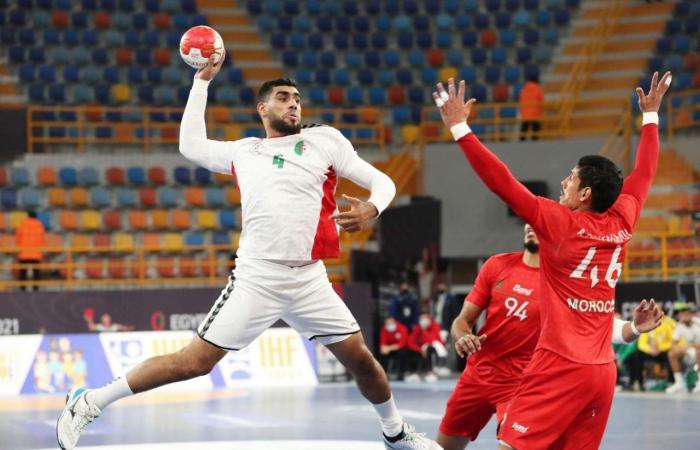 After its short victory over Morocco (24-23), Thursday evening, Algeria will do battle with Iceland, this Saturday (19:30 GMT), on behalf of the 2th day of group F. The Greens hope to achieve a second consecutive success in this 27th edition of the Handball World Championship. At 5 p.m., Morocco, which no longer has the right to make mistakes in this group stage, is doomed to achieve a feat against Portugal, current leader of the group, with a goal difference of +2, ahead of the Algeria (+1).

Winner on the wire when it entered the contention against Morocco (24-23), in the hot Maghrebian derby, Algeria will cross swords this time with Iceland, a much tougher and sharp opponent for this genre appointments. But, the Greens are determined to achieve an excellent run in this 27th edition of the Handball World Championship, which takes place in Egypt, even if they are not favorites for this match against the Icelanders, who are coming out of a defeat against Portugal (23-25).

“We will face Iceland, which in my opinion remains one of the strongest teams in Europe. We are going to approach this meeting without the slightest complex, with the objective of playing our real handball and achieving a good match, ”said Algerian coach Alain Portes. The two teams had already faced each other during Algeria’s last participation in the World Cup, Qatar 2015, with a victory for the Icelanders (32-24).

In the other match of Group F, Morocco, which folded on the wire in front of its Algerian neighbor (23-24, 1time day), no longer have the right to make mistakes … The Atlas Lions will try to achieve a feat against the Seleçao of Portugal, leader of the group. A second defeat in a row will be fatal for the Moroccans, now with their backs to the wall.

Remember that other African representatives were in the running this Friday, but without really being able to thwart the forecasts. In Group C, Angola lost to Qatar (25-30). Tunisia lost to Poland (28-30) in group B. Finally, DR Congo bowed to Argentina (22-28), in group D.

These were the details of the news Algeria for revenge, Morocco for a feat for this day. We hope that we have succeeded by giving you the full details and information. To follow all our news, you can subscribe to the alerts system or to one of our different systems to provide you with all that is new.