vitamin B12 deficiency is dangerous for the baby 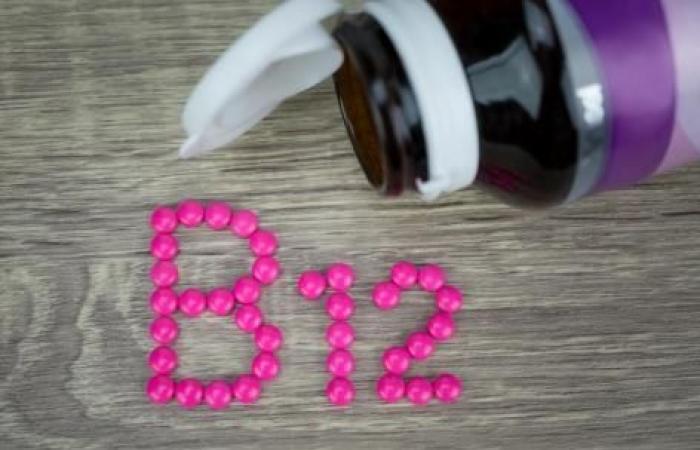 Getting enough vitamin B12 during pregnancy is important for the future development of the child. In a study published Dec. 5 in the journal Nutrition Research, researchers at the University of Bristol found that babies of pregnant women who are deficient in vitamin B12 have an increased risk of unwanted development specific to certain speech and math skills. Vitamin B12 is mainly found in foods of animal origin: organ meats, seafood, meats, fish, eggs and dairy products. It is also found in some fortified breakfast cereals.

26 tests out of 29 different depending on vitamin B12 intake

For the study, the researchers used data from the Children of the 90s long-term health study which tracks children born between 1991 and 1992. This provides information on the details of the diet from nearly 14,000 pregnant women. Their children have been followed over the years and their abilities tested at different times. The latest data presented in this study report the results of comparing children born to women who ate a relatively low vitamin B12 diet with children whose mothers ate a diet richer in vitamin B12.

The researchers compared 29 different test results of which 26 were found to be different with vitamin B12 levels. “A much higher quantity than one would have expected, observed Jean Golding, author of the study. Many nutrients during pregnancy have beneficial effects on the unborn child’s brain, resulting in improved childhood abilities with regard to intelligence and educational capacities. However, it is not known if vitamin B12 has a similar effect..”

Mothers who eat a diet low in vitamin B12 differ from the rest of the population in 9 different independent characteristics, the researchers found. While many differences such as reading and spelling skills, as well as aspects of IQ could be explained by other contextual factors, there are six associations that could not be explained. These suggest that children born to women with the lowest vitamin B12 intake have an increased risk of poor vocabulary at 24 months, reduced ability to combine words at 38 months, poor speech intelligibility at six, poor understanding of mathematics at school between 4 and 6 years old and poor results on national mathematics tests at 13 years old. The researchers did not find a significant association with mental arithmetic, indicating that the math results are specific to a reasoning component rather than to numeracy skills.

“We concluded that if a pregnant woman has a low intake of vitamin B12, there may be adverse effects on the neurocognitive development of the child in relation to certain speech and math skills., concluded Professor Golding. These results are intriguing but need to be confirmed in other longitudinal studies. In the meantime, it is still appropriate to recommend a varied diet for all pregnant women, and for those who eat little or no animal products, the inclusion of fortified foods and / or yeast extract should. to be encouraged.”

These were the details of the news vitamin B12 deficiency is dangerous for the baby for this day. We hope that we have succeeded by giving you the full details and information. To follow all our news, you can subscribe to the alerts system or to one of our different systems to provide you with all that is new.