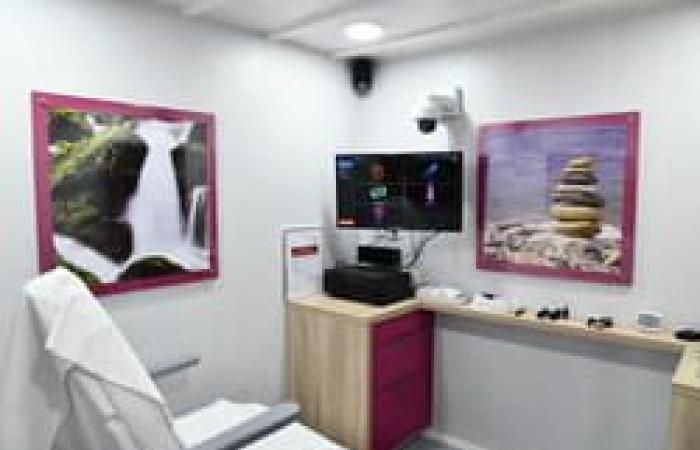 The rise of teleconsultations since the start of the health crisis has led to the development of telemedicine, in which connected objects figure at the center of care pathways.

The French telemedicine company Medadom inaugurated on January 13, as part of the Hub Institut think tank’s Innovation Week, its new teleconsultation booth. During this time, Doovision santé was finishing installing half a dozen telemedicine booths and Withings announced the arrival of a new generation of objects connected with the LTE-M network. “The health crisis has led to a leap forward in the health IoT”, affirms Nathaniel Bern, co-founder of Medadom which has already deployed teleconsultation terminals in nearly 700 French pharmacies and carries out on its application nearly 10 teleconsultations by day. A finding shared by cardiologist Jean-Pierre Binon, founding member of the House of Innovation in Specialized Medicine (MIMS), created on December 10, 2020: “Containment has reinforced the need for remote monitoring and has shown the usefulness of connected objects in this area, “he says.

By their adoption in recent years, connected objects are transforming the relationship between patient and doctor. “Connected devices transmit data to the patient on his state of health. The latter becomes more autonomous, he takes charge of himself with a better knowledge of his pathologies, this strengthens the relationship with the doctor”, notes Dr. Stéphane Landais, member of the Confederation of French medical unions and the very young MIMS. At Withings, we observe, in addition to this reinvented relationship, an evolution in practices: “The first devices adopted by individuals concerned well-being. Now, they are interested in objects allowing the monitoring of their state of health, which makes it possible to adjust treatments “, indicates Audrey Rampazzo, director of marketing communications, noting a strong interest from individuals in connected blood pressure monitors since the start of the coronavirus crisis.

For doctors, connected objects have proven to be an asset in practice. “They save time in the diagnosis by making the information more reliable”, certifies Stéphane Landais. An opinion shared by his counterpart Jean-Pierre Binon: “In cardiology, there is not yet a labeled device, but we realize the value of objects capable of monitoring the heart rate and reporting intermittent disorders for better monitor heart failure. ” Teleconsultation and telemedicine booths promote care in medical deserts by giving immediate access to a professional. “This helps to make the profession more attractive,” said Roland Danino, founder of Doovision santé, which has installed its sixth cabin in an industrial zone.

For telemedicine players, 2021 represents a year of consolidation in the market. “The health crisis has democratized the use of teleconsultation, by which the patient exchanges with his doctor remotely. In 2021, a further step will be taken with telemedicine, in which connected objects intervene in the measurement of constants to provide a finer diagnosis “, explains Roland Danino, at Doovision health, which insists on the presence of a nurse to assist patients and transmit to the doctor remotely the examinations carried out by touch. Because for telemedicine players, a booth linked to this use must remain a medical space.

“We must now go beyond video consultation. There is still a lot of work to be done to identify the routes for which telemedicine brings real value. For example, there is not yet an act code. (which allows you to be reimbursed by social security, editor’s note) intended for billing for physiotherapists and midwives who would like to perform telemedicine “, confirms Marie-Laure Saillard, CEO MesDocteurs, telemedicine operator. Medadom and Doovision Santé have both planned to add new objects to offer medical specialties in their cabins, including ophthalmology and ultrasound for the second. They hope to deploy around thirty additional satellite cabins by 2021. Medadom plans to deploy 25,000 devices by 2024.

To encourage the development of technologies in liberal medicine and initiate the labeling of innovative projects, the creation of the MIMS aims to link all actors wishing to innovate in the health field, from manufacturers to doctors, including insurers and users … Withings and Medaviz are particularly involved. “Innovations are no longer made within a specialty but are born from exchanges”, underlines Stéphane Landais, anxious to create meeting interfaces. A stakeholder forum will be organized to this end in the fall. “A huge project is still to come because we still have to sort out useful connected objects and develop interoperability,” says Jean-Pierre Binon.

Audrey Rampazzo, at Withings, estimates that France lags behind in prevention in telemedicine compared to the United States, where the demand for telemedicine services is expected to increase sevenfold by 2025 with an annual growth rate of 38 % over five years, according to Frost & Sullivan. The MIMS will inaugurate in its Parisian premises in October 2022 a showroom on the “medical office 2030”, so that all medical professionals take charge of these innovative solutions.

These were the details of the news Covid has imposed teleconsultation, IoT will propel telemedicine for this day. We hope that we have succeeded by giving you the full details and information. To follow all our news, you can subscribe to the alerts system or to one of our different systems to provide you with all that is new.