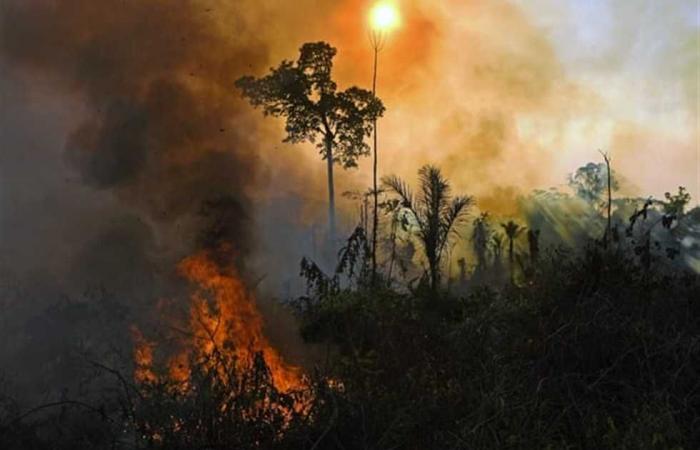 A report issued by an international group that includes a number of scientists warned of a “terrifying” future threatening the planet, expecting that the planet will witness a “mass extinction”, a collapse in health and a deterioration in the climate, which threatens human survival, as they attributed the reasons to ignorance, laziness, and people’s lack of understanding of the urgent importance. Biodiversity and climate crises.

The British “Guardian” newspaper reported in a report, Wednesday, that 17 experts and scientists, including Professor Paul Ehrlich from Standford University, author of the book “The Population Bomb” and scientists from Mexico, Australia and the United States, confirm that the planet is living in a “much worse” state than imagined. People or even scholars despite the steady “erosion” of the fabric of human civilization, as they say.

The newspaper quoted the scientists as they published in the journal Frontiers, which specializes in preserving the environment, about the range of threats to the biosphere and all life forms, including humanity, as they relied on more than 150 detailed studies that include the biggest environmental challenges in the world.

The scientists warned in their report of mass migration caused by climate, and of more epidemics and conflicts over resources, which will be inevitable unless urgent action is taken.

And they added, “Our call is not to surrender, but we aim to wake up the leaders and open their eyes to the state of the planet, as planning has become important to avoid a terrifying future.”

They emphasized that dealing with the enormity of the problem requires major changes in global capitalism, education and equality among people, which include canceling the idea of ​​eternal economic growth, appropriately evaluating environmental external factors, stopping the use of fossil fuels, controlling the reins of the corporate lobby, and empowering women.

This report comes after years of severe warnings about the state of the planet issued by the world’s leading scientists, which include a statement signed by 11,000 scientists in 2019, which revealed “terrible suffering” due to the climate crisis unless major changes are achieved.

More than 150 climate scientists in Australia wrote an open letter to the then Prime Minister, Malcolm Turnbull, calling for urgent action to reduce emissions that cause pollution, as well as for 375 scientists, including 30 Nobel Prize winners, to send an open letter. To the world about their disappointment over the political limitations of climate change.

These were the details of the news “A collapse in health, then a mass extinction” … Scientists warn... for this day. We hope that we have succeeded by giving you the full details and information. To follow all our news, you can subscribe to the alerts system or to one of our different systems to provide you with all that is new.