Republicans begin to turn on Trump as impeachment vote looms 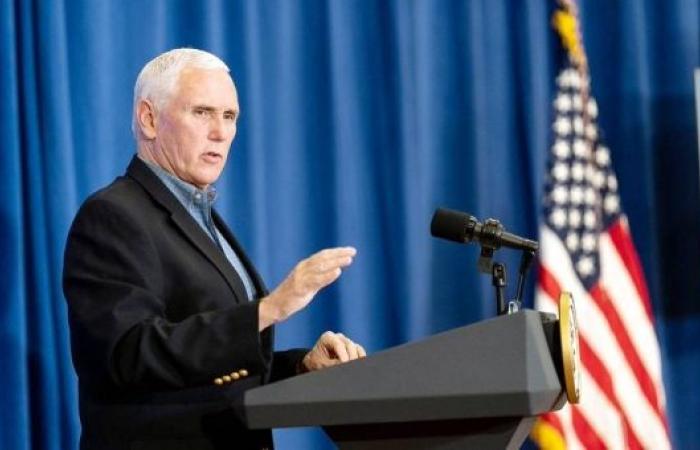 Hind Al Soulia - Riyadh - WASHINGTON — Donald Trump's staunch Republican allies began to turn on the US president on Wednesday ahead of a vote to impeach him for the second time in the House of Representatives and with just a week to go until he leaves office.

A handful of Republicans have already said they will join the effort to impeach him over inciting a riot at the US Capitol building last week, a number that could grow as the vote nears.

Five Republican lawmakers announced they would vote to impeach Trump on Wednesday, cleaving the Republican leadership, and the party itself.

On Tuesday, the House approved a resolution urging Vice President Mike Pence to invoke the 25th Amendment to the Constitution to remove Trump with a Cabinet vote, although Pence had already said he would not do so in a letter to the speaker of the house, Nancy Pelosi.

Trump, meanwhile, said on Tuesday that his speech to supporters before violence broke out at the US Capitol was "totally appropriate," adding that impending impeachment proceedings against him were "ridiculous". He claimed the move would arouse "immense anger" across the United States.

"This is the continuation of the biggest witch hunt in the history of the United States... It is causing tremendous anger," the president said from the White House gardens. "I want no violence," he added in his first statement to the press since the January 6 violence that stunned America and the world.

As the political turmoil continued eight days before the end of his term, the White House occupant adopted a combative tone, denouncing the "catastrophic mistake" of social networks such as Twitter to suspend his account.

The FBI has warned of more potential armed protests in Washington and many states by Trump loyalists ahead of President-elect Joe Biden’s inauguration on January 20.

The heads of five House of Representatives committees say they have “grave concerns about ongoing and violent threats” after a briefing from FBI officials about the riots at the Capitol.

Prosecutors are now weighing sedition charges against at least some of the Trump loyalists who stormed the building, US officials said Tuesday.

Trump's denial of any role in fomenting last week's insurrection comes despite his comments encouraging supporters to march on the Capitol — he called on them to "fight like hell" — and praise for them while they were still carrying out the assault.

As lawmakers were tallying Electoral College votes affirming Biden’s victory, the pro-Trump mob — fresh from listening to the outgoing president's speech — went on the rampage through the halls of Congress.

Lawmakers of both parties and Trump's own vice-president were rushed into hiding, as crowds called for Mike Pence's lynching over his role overseeing the vote count. At least five people died, including one Capitol police officer.

In the days preceding the storming of Congress, Trump had promised a "wild" rally to support his bogus claims of election fraud.

More than 60 legal challenges in Trump's name were thrown out of court, ballots were recounted and results certified at state and national level, and the federal agency overseeing elections described the vote as the most secure in US history.

On Tuesday, Mike Pompeo, a loyal ally of Trump, canceled his last visit abroad as Secretary of State just a day after it was announced. The official reason given was that he would stay in Washington DC to facilitate "smooth and orderly transition".

Pompeo was due to travel to Brussels on Wednesday and Thursday to meet his Belgian counterpart Sophie Wilmès and NATO Secretary-General Jens Stoltenberg to, among other things, "underline the enduring importance of the transAtlantic partnership".

The president met with Vice President Mike Pence on Monday night, who has apparently decided to make a common front with him against the Democrats, rejecting calls to remove him from office with the 25th Amendment to the Constitution.

In Congress, Democrats are preparing to make history with impeachment proceedings which would make Trump the first American president to be impeached twice. The House will consider the indictment on Wednesday and is expected to vote on it that same day.

Backed by a large number of Democrats, and with possible support from Republicans, the indictment against Trump is expected to pass easily.

But doubts remain about the course, and outcome, of the trial that will then take place in the Senate, which currently retains its Republican majority. The Democrats will take control of the upper house on Jan. 20 but will need to rally many of the Republicans to achieve the two-thirds majority needed to convict him. — Euronews

These were the details of the news Republicans begin to turn on Trump as impeachment vote looms for this day. We hope that we have succeeded by giving you the full details and information. To follow all our news, you can subscribe to the alerts system or to one of our different systems to provide you with all that is new.