In final Trump chaos, Pompeo loyal to the end 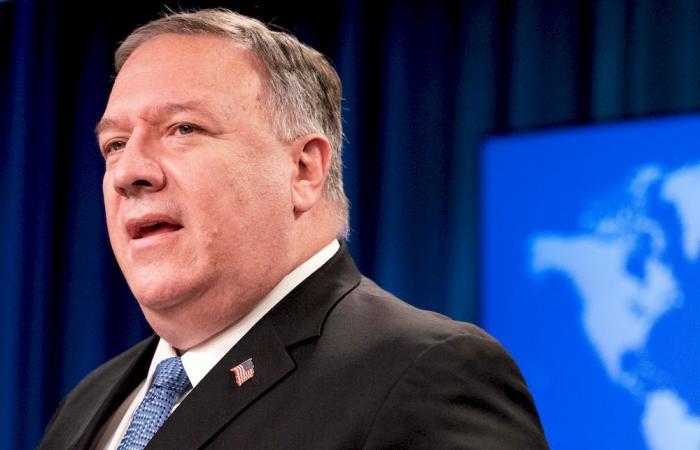 Hello and welcome to the details of In final Trump chaos, Pompeo loyal to the end and now with the details

WASHINGTON, Jan 13 — Donald Trump in his final days in the White House has seen cabinet members quit, his vice president for the first time take a distance and some members of his party support impeachment.

But he still has loyalty until the bitter end from Secretary of State Mike Pompeo.

America’s top diplomat has rammed forward 11th-hour hawkish policies and increasingly adopted the grievance-laden rhetoric of Trump’s hard-right base, raising speculation that Pompeo has the White House in his own sights in 2024.

Since the deadly mob attack on Congress by Trump supporters angry over his election defeat, Pompeo has defiantly branded both Cuba and Yemen’s dominant Huthi rebels as terrorists and loosened restrictions on US interactions with Taiwan.

Yesterday, he delivered a hawkish address alleging a major alliance between Trump adversary Iran and Al-Qaeda, a relationship that has been disputed for years by experts.

While Pompeo has condemned the assault on the Capitol, he posed for a photo afterward with Lauren Boebert, a new Republican congresswoman who stirred controversy with comments before and during the riot and described Pompeo as a “true patriot.”

“Some people see a coup attempt against the US government and are outraged. Pompeo sees it and thinks, ‘I can ride that to the White House in 2024,’” quipped David Rothkopf, a veteran foreign policy expert and journalist who has been strongly critical of Trump.

In an address at Voice of America on Monday, Pompeo hit back at staff members who criticised his appearance as propaganda and drew a parallel to Twitter and Facebook which banned Trump on the grounds of inciting violence.

Like many Republicans, Pompeo was not an initial backer of Trump, saying in 2016 that the real estate mogul would be an “authoritarian.”

But plucked from Congress to be his CIA chief and then secretary of state, Pompeo has been a rare survivor in Trump’s orbit, taking care never to contradict his mercurial boss in public.

Three cabinet members quit after the Capitol violence and others have taken a low key but Pompeo has not stopped speaking of Trump. After the election, he caused outrage by suggesting at a news conference that Trump would remain in power.

In an interview yesterday with conservative host Hugh Hewitt, Pompeo called the Capitol rioters “criminals” who should be prosecuted.

“But history will reflect on the good work that this president and our administration has done,” he said, adding that “books will be written about the changes that we have made in the world.”

Results are decidedly mixed, with Kim taking no concrete steps toward denuclearisation and Iran still confronting US interests, although Israel has succeeded in starting to normalise relations with four Arab states.

Pompeo, 57, has made little secret of his aspirations to higher office.

He has highlighted his evangelical Christian faith and, during the Republican National Convention, triggered allegations of impropriety by speaking from an official trip to Jerusalem, where Trump opened an embassy.

Surveys before the riot gave Pompeo little traction for 2024, with most Republicans saying they would again back Trump.

But if Trump is barred or declines another run, Pompeo now enjoys a unique position — he can work alongside the president without high-stakes decisions on whether to condone him.

Vice President Mike Pence steadfastly backed Trump for four years — in one famous episode, even appearing to put down a water bottle at a meeting as Trump had done the same.

But Pence was forced out of obsequiousness last week as Trump pressured him to reverse their election defeat through the ceremonial session in Congress.

Pence at the last minute acknowledged he had no authority to do so. Moments afterward, Trump turned on him over Twitter and the mob chanted that Pence should be hanged.

Stephen Walt, a professor of international relations at Harvard University, suggested that Pompeo is now taking on the role on social media that Trump is no longer allowed.

Pompeo “may have achieved the remarkable and unenviable status of being despised by foreign and US diplomats in equal measure,” Walt tweeted. — AFP

These were the details of the news In final Trump chaos, Pompeo loyal to the end for this day. We hope that we have succeeded by giving you the full details and information. To follow all our news, you can subscribe to the alerts system or to one of our different systems to provide you with all that is new.

PREV On World Hepatitis Day, WHO calls to eliminate disease by 2030
NEXT Deadly heat wave slams Canada, US