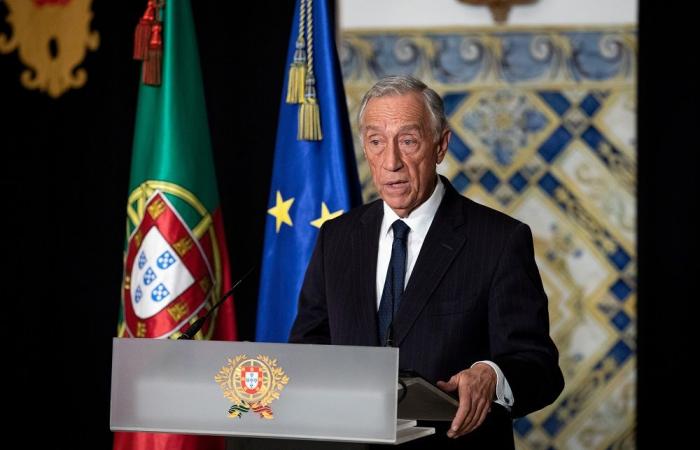 LISBON, Jan 13 — Portugal’s President Marcelo Rebelo de Sousa has now tested negative for coronavirus after a positive test that saw him cancel all public engagements, his office said yesterday, two weeks before an election he is set to win.

The 72-year-old head of state had returned an “asymptomatic” positive test, officials said Monday, and he went into isolation in the presidential palace in Lisbon.

However, according to the latest statement, the result “of the test undergone during the night... is negative.

The president remained in isolation until a second test yesterday confirmed that he was negative for the coronavirus.

“The test carried out this morning... was again negative,” his office said in a statement released in the evening.

“The president is now awaiting instructions from the health authorities,” the presidency added.

Portugal is facing a new lockdown after a record 122 deaths in the past 24 hours and nearly 4,000 people in hospital on Monday.

Prime Minister Antonio Costa said the Socialist government was preparing to announce today restrictions similar to those imposed during the first lockdown in March.

Faced with the surge in virus cases after restrictions were eased over the Christmas period, “this week we are really going to have to adopt general containment measures,” Costa said yesterday.

He stressed, however, that Portuguese law prohibits limiting political activities, even under the state of emergency in force since early November.

It will be up to the candidates to adapt their campaign to the new restrictions, he said.

The campaign for the January 24 election, which officially began on Sunday, had already been cut to a bare minimum and suspended on the announcement of a new lockdown to curb a surge in cases.

Polls predict the re-election of the conservative Rebelo de Sousa in the first round of a ballot with no candidate officially supported by the ruling Socialists.

Last Wednesday, the president spent a few hours in “administrative isolation” after a member of his entourage tested positive.

But he then tested negative and had not been placed in quarantine because his contact had been considered “low risk”. — AFP

These were the details of the news Portuguese president tests negative after a Covid-19 positive for this day. We hope that we have succeeded by giving you the full details and information. To follow all our news, you can subscribe to the alerts system or to one of our different systems to provide you with all that is new.