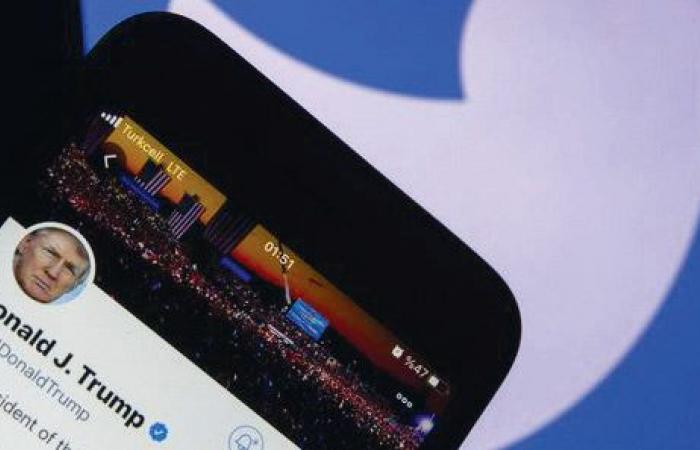 Two days after the violence that mourned the Capitol and shook America, Donald Trump found himself, Friday, totally isolated, potentially under a new impeachment procedure and deprived of his favorite communication channel, Twitter. The social network struck a blow by announcing to suspend “permanently” the account of the Republican president, sounding board of Trumpism and tool on which it built its political rise. After suspending his account for 12 hours on Wednesday, Twitter said it was taking this unprecedented measure in the face of “the risk of new incitement to violence”.

The outgoing president used another account, that of the US presidency (@POTUS) to reply: “Twitter has gone even further in its muzzling of free speech, and tonight Twitter employees coordinated with Democrats and the radical left the withdrawal of my account from their platform, to silence me – and YOU, the 75,000,000 great patriots who voted for me, ”he wrote. However, this message was also almost immediately deleted by the platform.

Donald looks for the alternative
That said, Trump assured that he is negotiating with other sites and even considering creating his own platform. In the meantime, he could fall back on alternatives, like Gab or Parler. The latter, popular with supporters of Donald Trump but also accused of “relaying threats of violence”, has been removed from Google and Apple download platforms. Amazon also plans to cut ties with the social network Parler, which should make the platform temporarily inaccessible.

In a letter to the conservative site, Amazon says it has “recently observed a persistent increase in violent content.” “In view of the unfortunate events that have occurred this week in Washington, there is a serious risk that this type of content will incite more violence,” he added in the letter, first published by BuzzFeed and whose content was confirmed by an Amazon spokesperson.

Shameful impeachment proceedings?
In addition to social networks, Donald Trump could find himself as of Monday under the blow of a second impeachment procedure. A text of impeachment, written by elected Democrats in the House of Representatives, accuses the Republican President of having “deliberately made statements” which encouraged the invasion of the Congress building by his supporters.

The indictment article, signed by at least 180 parliamentarians, according to the elected Democrat Ted Lieu, affirms that Donald Trump has “seriously endangered the security of the United States and its institutions of government”.

The decision to launch this new impeachment procedure will once again lie with the powerful Speaker of the House of Representatives Nancy Pelosi. She promised to act if the Republican president does not resign immediately.

In power since 2017, Donald Trump has already been targeted in Congress by an infamous impeachment procedure, opened by Nancy Pelosi at the end of 2019 on the charge of having asked a foreign country, Ukraine, to investigate his rival Joe Biden. He was acquitted in the Senate, with a Republican majority, in early 2020. For the new impeachment procedure to succeed, the Republican billionaire would have to be found guilty by two-thirds of the Senate, which has no chance of happening before the swearing in of his successor Joe Biden on January 20.

These were the details of the news Donald Trump deprived of his blue birds for this day. We hope that we have succeeded by giving you the full details and information. To follow all our news, you can subscribe to the alerts system or to one of our different systems to provide you with all that is new.