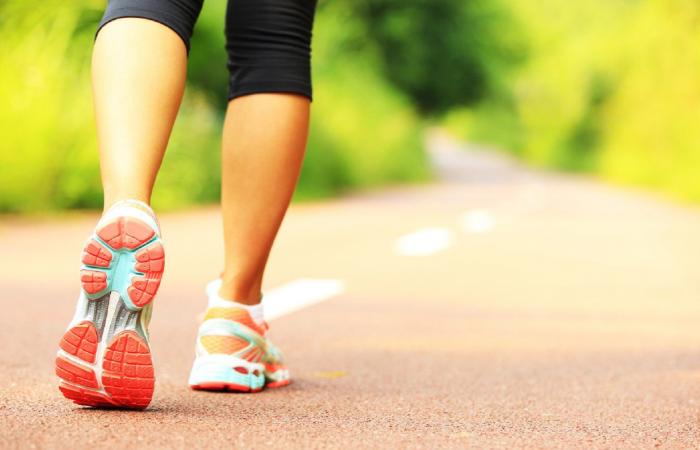 Five factors associated with lifestyle, including physical activity, may help manage gastroesophageal reflux disease and the heartburn that may accompany it, shows a new US study.

The role of four of these factors – weight, smoking, consumption of tea, coffee or soft drinks, and consumption of certain foods – has been known to physicians for decades. However, this is the first time that physical activity has been included in the list of lifestyle modifications that can be made to better manage gastroesophageal reflux disease. “We have known very well, and for a very long time, that regular physical activity promotes digestive motor skills,” said Dr. Michael Bensoussan, who is a gastroenterologist at Charles-Lemoyne Hospital, on the south shore of Montreal. “For example, for people who have constipation problems (…), the first recommendation is to increase hydration, increase fiber intake, and exercise. It’s not crazy to think that physical activity will promote the evacuation of stomach contents. “

Researchers at Harvard University used the massive Nurses’ Health Study II for their work. Some 43,000 women aged 42 to 62 were asked about their symptoms of gastroesophageal reflux disease and heartburn between 2005 and 2017. They found that a woman who met the five recommendations – namely a normal weight, no smoking, no more than two cups a day of tea, coffee or soft drinks, a so-called “careful” diet and thirty minutes of moderate or vigorous physical activity daily _ could reduce by 37% its symptoms of gastroesophageal reflux disease. The more recommendations a woman followed, the more likely she was to reduce her symptoms. This was also true for women who took medication for their reflux.

“This is what we recommend in the Canadian Food Guide, in all pathologies, for all specialties, recalled Dr. Bensoussan, about 30 minutes per day of exercise. It’s good for cardiovascular health, it’s good for neurological health, and we are in the process of proving that it is good for digestive health in general and gastric health in particular. That being said, he adds, since the link between overweight, obesity and gastroesophageal reflux was already well known, a doctor would anyway recommend his patient to move more to lose weight and help relieve his stomach problems. Gastroesophageal reflux disease and heartburn may seem harmless, Dr. Bensoussan continues, but these are health issues that must be taken seriously to prevent them from turning into something much more serious.

“Preventing reflux is important because gastroesophageal reflux can lead to esophagitis, which is very debilitating, and in the long term, it can be complicated by cancer of the esophagus (…) which is very aggressive, he warned. “When we talk about gastroesophageal reflux, it’s very important that people understand that we’re not just talking about discomfort, but also about people who can potentially die from having complicated reflux for years and years. . About five million Canadians are said to suffer from gastroesophageal reflux disease or heartburn at least once a week. The findings of this study were published by the medical journal “JAMA Internal Medicine”.

These were the details of the news Physical activity would counter gastroesophageal reflux for this day. We hope that we have succeeded by giving you the full details and information. To follow all our news, you can subscribe to the alerts system or to one of our different systems to provide you with all that is new.