Extreme weather batters the Balkans with snow, floods and ice 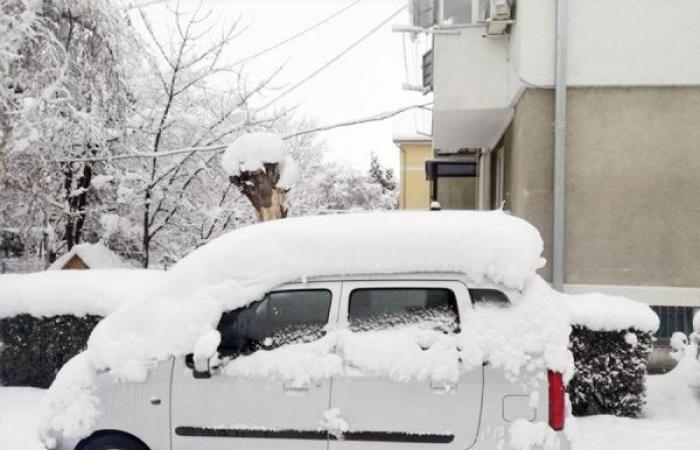 We show you our most important and recent visitors news details Extreme weather batters the Balkans with snow, floods and ice in the following article

In Serbia, authorities on Monday started clearing up tons of garbage that was clogging a southwestern lake after it was swept off from landfills by overflowing rivers.

Emergency measures were announced in the southern Doljevac and Vlasotince municipalities, where rescue teams helped more than two dozen people evacuate their homes.

The state RTS television reported that numerous homes, barns and fields were flooded and villages were left without drinking water after days of rain and snow around the southern town of Leskovac and nearby areas.

Authorities urged drivers not to take to the road unless absolutely necessary because of heavy snow.

Traffic disruptions and speed limits due to snow were reported in Croatia, where a bus overturned early Monday on the main east-west highway, injuring eight people.

Floods were reported in Albania and Kosovo, where days of heavy rain mixed with snowy weather.

Thousands of acres of land were flooded in western Albania and bridges and roads have been damaged, leaving villages isolated and forcing emergency deliveries of water to hundreds of people.

Power outages were also reported, which meant that some schools could not reopen Monday as authorities struggled to handle water levels at the main hydropower system on the Drini River.

The army, police and local emergency teams stepped in to assist isolated residents in Shkoder, Lezha and Durres, where major flooding in 2010 caused devastation.

In Kosovo, officials were talking with NATO-led peacekeepers over how to help flood-hit areas in the west where people have been forced to evacuate their homes.

A house in the village of Fushe belonging to 60-year-old Muj Zabeli was flooded and seriously damaged, but Zabeli said he was getting little help. “No one is interested,” he complained. “You may suffer a loss here and no one would care.”

Slippery roads and strong winds prompted authorities to ban trucks with trailers and double-decker buses on some roads, as many Adriatic Sea ferry connections were halted.

The snow has made the situation even harder for residents in central Croatia, which was hit by a major earthquake on Dec. 29. Many people cannot stay in their damaged homes and have been sleeping in containers.

Heavy rains further south in Montenegro damaged a fortress wall in the southern town of Ulcinj, near the border with Albania. — Euronews

These were the details of the news Extreme weather batters the Balkans with snow, floods and ice for this day. We hope that we have succeeded by giving you the full details and information. To follow all our news, you can subscribe to the alerts system or to one of our different systems to provide you with all that is new.