His days in power dwindling, Trump heads to Texas to see border wall 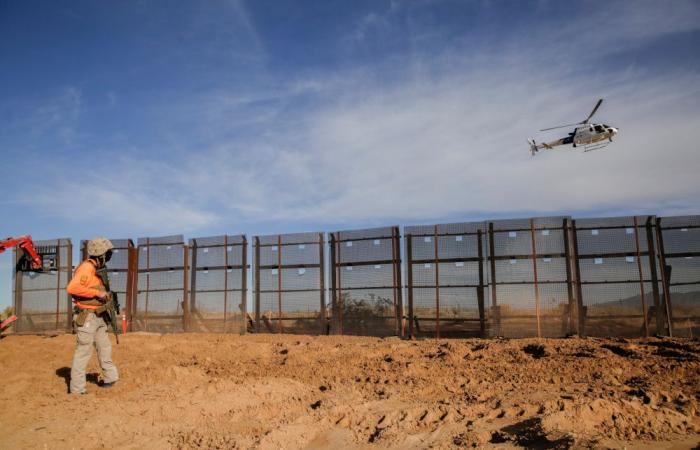 Hello and welcome to the details of His days in power dwindling, Trump heads to Texas to see border wall and now with the details

WASHINGTON, Jan 12 — US President Donald Trump plans to emerge from seclusion today for the first time since the US Capitol was ransacked by pro-Trump protesters and will travel to Alamo, Texas, to visit his signature border wall.

Trump agreed to the trip as members of his staff encouraged him to undertake events highlighting his legacy. He has spent the last two months in a futile attempt to contest the November 3 election won by Democratic President-elect Joe Biden.

Bitter and upset with little more than a week until he hands over power to Biden, Trump has been closeted in the White House with close advisors since Wednesday, when his supporters laid siege to the Capitol and the resulting violence led to the deaths of six people.

The White House said there was no symbolism to the choice of Alamo for Trump’s visit. The Alamo mission in San Antonio, Texas, was the scene of a famous 1836 battle when Texans were routed by Mexican forces.

Trump has sought to cut down on cross-border migrants and legal immigration throughout his term, and the wall project dates to his 2016 pledge to seal off the border with a wall.

White House spokesman Judd Deere said the visit would mark Trump’s “completion of more than 400 miles of border wall — a promise made, promise kept — and his administration’s efforts to reform our broken immigration system.”

The 644km includes a significant amount of wall construction in places where previous administrations had already built structures.

Trump is expected to deliver remarks at the border site about his immigration efforts.

He is facing demands from Democrats in the US Congress and some Republicans to resign from office. House of Representatives Speaker Nancy Pelosi is seeking to impeach him and some lawmakers want Vice President Mike Pence to invoke the US Constitution’s 25th amendment to remove Trump from office. — Reuters

These were the details of the news His days in power dwindling, Trump heads to Texas to see border wall for this day. We hope that we have succeeded by giving you the full details and information. To follow all our news, you can subscribe to the alerts system or to one of our different systems to provide you with all that is new.