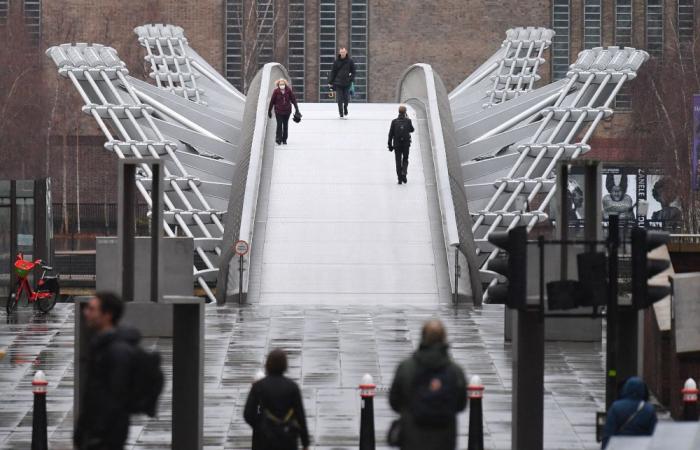 Britain is currently in its third lockdown, with schools and non-essential shops closed, as a new strain of the virus spreads rapidly across the country.

Last week saw the country’s worst daily case numbers and death tolls since the start of the outbreak, and the government is considering even tougher rules, which could include increasing the distance people need to stay apart in public.

Government minister Kit Malthouse said the situation was “very, very perilous” but not everyone was complying with stay-at-home orders.

“A small minority of people are flouting the rules and they are costing people their lives,” he told Sky News.

“Whether there are going to be greater restrictions or not very depends on the numbers,” said Malthouse, whose brief includes crime and policing.

“This virus is moving so quickly that the government is having to make very very agile decisions about the way we live our lives.”

More than 81,000 people have died and over three million tested positive for Covid, with restrictions imposed to curb the spread upending daily life.

But evidence of people ignoring social distancing guidelines, despite warnings that a new variant of the virus is highly transmissible, has led to speculation rules could be toughened.

Supermarket staff have voiced concerns over the risks they face during the outbreak, with shop workers’ union Usdaw urging tougher in-store measures.

Retail bosses have suggested that they receive police support to help enforce measures.

“I don’t want people to get the idea that this is sort of dictatorial policing, it’s really not, it is common sense,” she told BBC radio.

The government is banking on a huge vaccination programme to help lift lockdown restrictions, which are expected to be in place until at least mid-February.

Prime Minister Boris Johnson yesterday warned of “false confidence, false complacency” because of the vaccine roll-out, and called on people to “do the right thing”.

“We need to enforce the rules in supermarkets. When people are getting takeaway drinks, in cafes, then they need to avoid spreading the disease there, avoid mingling too much,” he said.

Police chiefs are also worried that their staff are being exposed to the virus when enforcing the rules.

Dick today asked the government to consider making vaccinations a priority for frontline police officers and staff who interact with the public, and said it was being “actively discussed”.

Malthouse said the police “have a strong case” for priority vaccinations, once the most vulnerable people have received their jabs. — AFP

These were the details of the news UK virus breaches ‘costing lives’ as police seek priority jabs for this day. We hope that we have succeeded by giving you the full details and information. To follow all our news, you can subscribe to the alerts system or to one of our different systems to provide you with all that is new.