Cabinet: young people still go for the elderly when there is an acute shortage of IC beds | Politics en 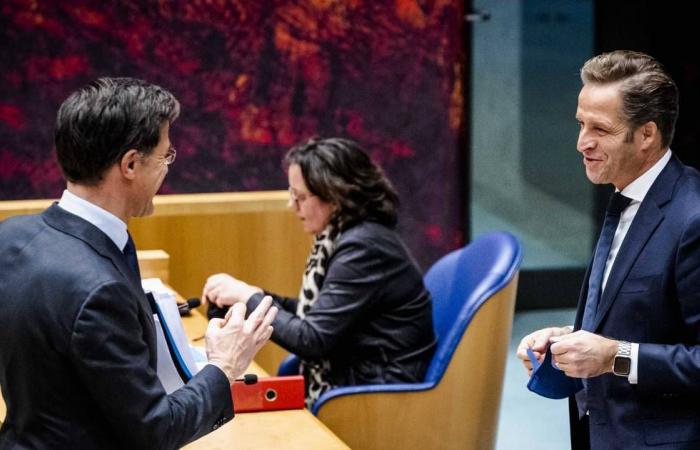 Minister Tamara van Ark (Medical Care, VVD) has informed the Lower House of this. A majority of the House already spoke out against the cabinet’s plan during the debate on the corona crisis last week.

After months of consultation and consultation rounds, doctors’ organizations had drawn up a plan for the crisis phase ‘code black’, which applies in the event that hospitals overflow and there is therefore a glaring shortage of IC beds. In the extreme case, age can then be a criterion for allocating a bed, if the distinction cannot be made on medical grounds, say doctors. Incidentally, the time has not yet come: the total number of corona patients admitted is currently declining, says Ernst Kuipers, chairman of the National Acute Care Network. And that number is expected to drop even further in the coming weeks.

The script has now been drawn up according to the principle that everyone should be given an equal chance of ‘a fair share’ of life. That is why younger generations ultimately go for the elderly. But the cabinet did not want to do this and last week announced a bill to prevent discrimination based on generations. When the medical considerations – other diseases, chances of survival – are exhausted, a lottery should start immediately, the government said. Every life is equal, said Minister Tamara van Ark (Medical Care, VVD), so age discrimination must be prevented.

However, the majority of the House of Representatives agreed with the experts’ script. They argue that the criterion now chosen is not discrimination, but is based on a different principle, namely that everyone should be able to enjoy a comparable part of life.

The cabinet now writes that, in addition to the support base among the care providers themselves and a number of organizations for the elderly, there is also broad political support for the use of age cohorts as a selection criterion. It is precisely this support for care providers in making such incredibly difficult choices that is essential for the government’s position. ” The plan for the emergency act thus disappears in the trash.

Not all parties in the House can live with the plan drawn up by the doctors’ organizations. “Cabinet and majority of the Chamber just throw the elderly in front of the bus”, tweeted PVV leader Geert Wilders. 50PLUS says it is ‘deeply disappointed’ with the cabinet’s decision. “The cabinet thus indicates that the elderly are worth less than the young. As far as 50PLUS is concerned, that is really not negotiable ”, said party leader Lianne den Haan. “The Netherlands is aging: half of all adults in the Netherlands are 50 or older. Where are we going with this country when we accept these kinds of choices? Age should never be a criterion for whether or not to treat someone. “

Watch our videos about the coronavirus here:

These were the details of the news Cabinet: young people still go for the elderly when there is an acute shortage of IC beds | Politics en for this day. We hope that we have succeeded by giving you the full details and information. To follow all our news, you can subscribe to the alerts system or to one of our different systems to provide you with all that is new.