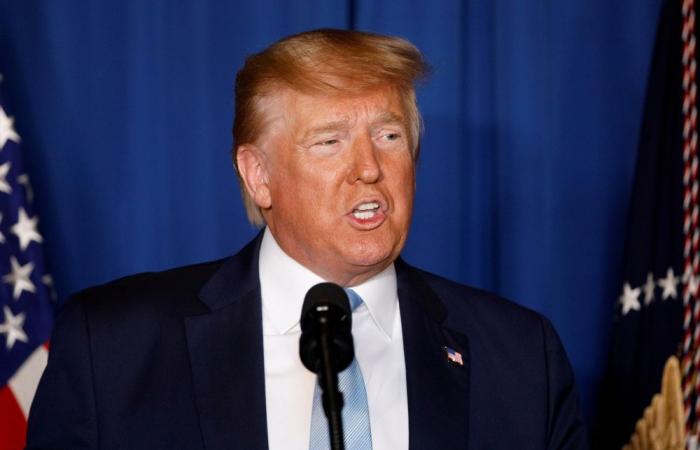 “Our ban is indefinite. We have said at least through the transition. But we have no plans to lift it,” Facebook’s chief operating officer said at an online forum organised by Reuters.

The social network last week suspended Trump’s Facebook and Instagram accounts in the aftermath the violent invasion of the US Capitol by a mob of his supporters, which disrupted the certification of President-elect Joe Biden’s election victory.

Twitter went a step further on Friday by deleting Trump’s account, depriving him of his favourite megaphone.

Trump also was hit with suspensions from services like Snapchat and Twitch.

“Our policies are applied to everyone,” Sandberg said, noting that the platform has removed posts by the president’s son and “other world leaders.”

“This shows that even a president is not above the policies we have.”

In announcing the suspension last week, Facebook chief Mark Zuckerberg said Trump used the platform to incite violent and was concerned he would continue to do so.

Zuckerberg in late October warned about the potential for social unrest after the election.

Sandberg admitted that the platform faced some hiccups in the 2016 US presidential election, failing to do enough against manipulative campaigns orchestrated from Russia, but she said Facebook had learned from its errors.

Before the November 3 presidential election, the social network stepped up efforts to combat disinformation campaigns and suspended many accounts, groups and pages with violent or hate-filled content.

Facebook said yesterday that it is taking similar precautions leading up to the inauguration of Biden as president on January 20, using the same teams to battle misinformation and content that could incite violence.

A group by that name was removed from the social network late last year, Facebook said.

“We’ve been allowing robust conversations related to the election outcome and that will continue,” Bickert and Rosen said in a post.

“But, with continued attempts to organise events against the outcome of the US presidential election that can lead to violence, and use of the term by those involved in Wednesday’s violence in DC, we’re taking this additional step in the lead up to the inauguration.”

Facebook is also keeping in place a pause on all ads in the US about politics or elections, meaning no ads from politicians including Trump, according to Bickert and Rosen.

Asked about criticism the social media titans exert outsized power, Sandberg said she was in favour of more regulation and said she hoped to work with the Biden administration, which will take office on January 20.

“We are a private company and we have a service we provide and it is our responsibility to make sure that service is not used for things it shouldn’t be used for, like what happened last Wednesday,” she said. — AFP

These were the details of the news Facebook exec says ‘no plans’ to end Trump ban for this day. We hope that we have succeeded by giving you the full details and information. To follow all our news, you can subscribe to the alerts system or to one of our different systems to provide you with all that is new.