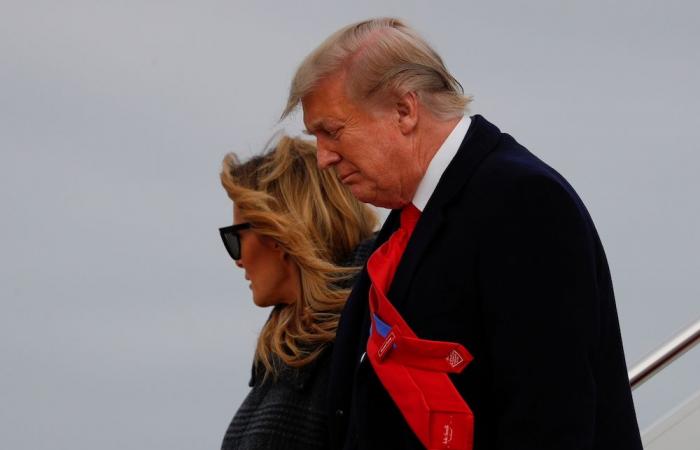 WASHINGTON, Jan 11 — First Lady Melania Trump broke her silence today on last week’s invasion of Congress by her husband’s supporters, complaining that she has been unfairly treated.

The first lady’s absence has drawn attention in the wake of the national crisis that erupted Wednesday when President Donald Trump encouraged a large crowd of angry followers to march on Congress.

The mob broke into the Capitol, ransacking offices and fighting with police.

Melania Trump’s first comments on the ugly scenes arrived in a typo-strewn statement on the White House website where she described herself as “disappointed and disheartened with what happened last week.”

But her disappointment apparently was as much to do with her own treatment as over the unprecedented assault on the home of US democracy.

“I find it shameful that surrounding these tragic events there has been salacious gossip, unwarranted personal attacks, and false misleading accusations on me—from people who are looking to be relevant and have an agenda,” she wrote, without specifying the attacks.

She expressed condolences to the families of five people who died in the unrest, pointedly listing the names of deceased pro-Trump demonstrators before that of Brian Sicknick, a police officer who died of wounds inflicted by the mob.

The first lady praised the “passion and enthusiasm” in the November presidential election, which her husband lost to Democrat Joe Biden.

She did not refer to Trump’s relentless attempt to overturn the results.

“Our Nation must heal in a civil manner. Make no mistake about it, I absolutely condemn the violence that has occurred on our Nation’s Capitol. Violence is never acceptable,” she wrote.

The Trumps are due to leave the White House on January 20 when Biden is sworn in. — AFP

These were the details of the news Melania Trump breaks silence on Congress invasion—and complains for this day. We hope that we have succeeded by giving you the full details and information. To follow all our news, you can subscribe to the alerts system or to one of our different systems to provide you with all that is new.