Aid group: US terrorism designation for Yemen rebels a blow 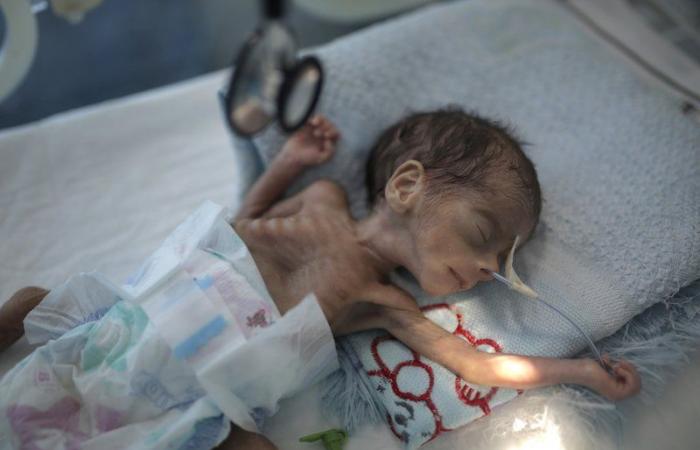 You are now following the details of the Aid group: US terrorism designation for Yemen rebels a blow news and now we leave you with the details

Mohamed Nass - Cairo - CAIRO (AP) — A leading aid organization on Monday warned that US Secretary of State Mike Pompeo’s move to designate Yemen’s Iran-backed Houthi rebels as a foreign terrorist organization would deal another “devastating blow” to the impoverished and war-torn nation.

In his announcement late Sunday, Pompeo pledged that US measures would help absorb the impact on aid groups and allow humanitarian assistance to continue to flow to the Arab world’s poorest country.

The Norwegian Refugee Council, one of the main humanitarian agencies active in Yemen, said the designation and Pompeo’s planned sanctions on the Houthis “will hamstring the ability of aid agencies to respond” to the humanitarian needs of millions of Yemenis.

“Yemen’s faltering economy will be dealt a further devastating blow,” said Mohamed Abdi, the group’s director for Yemen. “Getting food and medicine into Yemen — a country 80 percent dependent on imports — will become even more difficult.”

Relief organizations have long warned that sanctions could prove catastrophic for efforts to help starving Yemeni civilians caught in the conflict between the Houthis and the Yemeni government, backed by a Saudi-led coalition which has been waging war against the rebels.

“The United States recognizes concerns that these designations will have an impact on the humanitarian situation in Yemen,” Pompeo said in a statement. “We are planning to put in place measures to reduce their impact on certain humanitarian activity and imports into Yemen.”

Those measures will include the issuance of special licenses by the US Treasury to allow American aid to continue to flow to Yemen and for humanitarian organizations to continue to work there, he said.

Yemen, a country on the tip of the Arabian Peninsula, is the stage of the world’s worst humanitarian disaster after more than six years of a grinding conflict that has left the majority of the country’s nearly 30 million people in need of humanitarian aid. The war has killed more than 112,000 people so far.

The conflict started in 2014 when the Houthis overran the north and the capital, Sanaa. The following year, the Saudi-led coalition intervened to wage war on the Houthis and to restore President Abed Rabbo Mansour Hadi’s government to power.

FILE – In this November 23, 2019 file photo, a malnourished newborn baby lies in an incubator at Al-Sabeen hospital in Sanaa, Yemen. The United Nations Children’s Fund on Monday, December 7, 2020, launched a global appeal for a record $2.5 billion of emergency assistance for the Middle East and North Africa, saying the funds were necessary to respond to the needs of millions of children across a region hit hard by conflict, natural disaster and the coronavirus crisis. (AP Photo/Hani Mohammed, File)

These were the details of the news Aid group: US terrorism designation for Yemen rebels a blow for this day. We hope that we have succeeded by giving you the full details and information. To follow all our news, you can subscribe to the alerts system or to one of our different systems to provide you with all that is new.