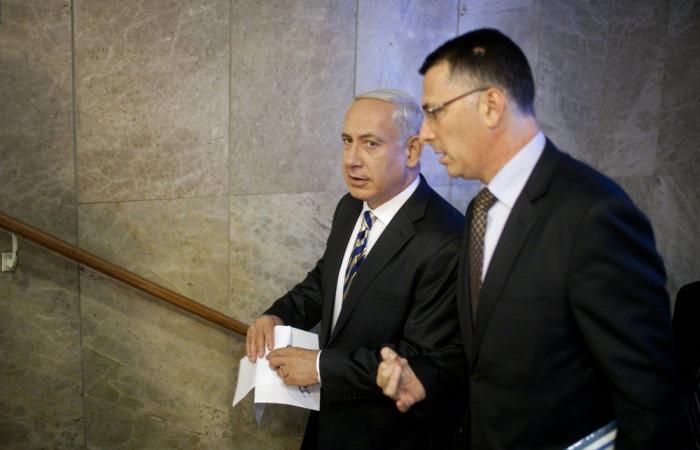 You are now following the details of the Saar, longtime Netanyahu ally, emerges as his top challenger news and now we leave you with the details

Now, the telegenic Saar, armed with extraordinary political savvy and a searing grudge against his former boss, could prove to be Netanyahu’s greatest challenge.

After breaking away from the Likud Party to form his own faction, Saar is running against Netanyahu in March elections and has emerged as the long-serving leader’s top rival.

The challenge caps the stunning decline of the Saar-Netanyahu relationship, pitting a cunning political mind against his former mentor in a deeply personal battle drenched in past grievances.

A secular resident of culturally liberal Tel Aviv with a celebrity news anchor wife, Saar, 54, is a hard-line nationalist long seen as an heir to the Likud Party leadership. After unsuccessfully challenging Netanyahu in a leadership race and then being denied a government position as retribution, Saar last month broke out on his own. He said his aim was to topple Netanyahu for turning the Likud into a tool for personal survival at a time when he is on trial on corruption charges.

Saar’s chances of becoming prime minister in the next elections are far from certain and polling forecasts his New Hope party coming in second place after Likud. But his entry into the race reconfigures the playing field and could complicate Netanyahu’s task of forming a coalition government, perhaps sidelining the Israeli leader after more than a decade at the helm.

“If there’s someone who can beat Netanyahu it is Gideon Saar,” said Sharren Haskel, a former Likud lawmaker who quit the party to join Saar. “He is the only one who can stand up against Netanyahu because of his ideology, his experience and his capabilities.”

Haskel, together with other Saar allies in Likud, concocted a plan to thwart a bill that might avert elections. In a late-night maneuver, they defied the party by skipping the vote or voting against the bill, catching Netanyahu off guard and prompting the government’s collapse. They even coordinated the move with members of opposing parties who hid in the Knesset parking lot until moments before the vote, attesting to Saar’s political savvy, the lengths he is prepared to go to bring down Netanyahu and his potential ability to reach across the aisle.

While Saar has brought hope to some that Netanyahu’s rule is on the rocks, a victory would probably not mean significant changes in policies, particularly toward the Palestinians. Saar, like Netanyahu, is a hard-line nationalist opposed to Palestinian independence.

These right-wing credentials appear to be playing to his favor. Contrary to other recent Netanyahu challengers who have tried to appeal to a broader, centrist swath of Israelis, Saar is siphoning away both the votes of disillusioned Netanyahu supporters as well as Likud lawmakers. At least four defectors have joined him, including former Netanyahu confidant Zeev Elkin.

“He is attacking from the right,” said Hebrew University political scientist Reuven Hazan. “It is a different game entirely.”

Three previous elections since 2019 ended in deadlock between Netanyahu and his then-challenger, former military chief Benny Gantz. The most recent vote in March culminated in a power-sharing agreement that crumbled last month after months of dysfunction.

Saar entered politics in 1999, serving as Cabinet secretary in the first Netanyahu government. He became a Likud legislator in 2002 and remained loyal to the party and Netanyahu, even when the party plummeted in 2006 elections.

Since Netanyahu’s return to the premiership in 2009, Saar has held the powerful posts of education and interior minister, pushing hard-line policies against illegal migrants alongside a more socially liberal doctrine that extended public education to preschoolers. He repeatedly won the top spot in Likud party primaries, just beneath Netanyahu.

After marrying popular Israeli news anchor Geula Even-Saar — a second marriage for both of them — he took a five-year hiatus from public life. Saar returned to politics in 2019, but was promptly confined to the backbenches after challenging Netanyahu in a Likud primary.

Now, freed from Netanyahu’s grasp on Likud, Saar may have a fighting chance.

In announcing his departure, Saar said he could no longer serve under Netanyahu.

“A change in the country’s leadership is needed,” Saar said. “Today, Israel needs unity and stability. Netanyahu can’t, and won’t be able to, provide either.”

Since he bolted, the Likud has tried to paint Saar as a leftist in disguise, but his record indicates otherwise.

Saar has been a longtime opponent of the two-state solution for Israel and the Palestinians, the longstanding international consensus for ending the conflict.

“He is more right-wing than Bibi by far,” said political analyst Avraham Diskin, who said he has known Saar for years. He was referring to Netanyahu by his nickname. “But he is a pragmatic person, not a fanatic. He is cautious and level-headed,” he said, indicating that he may rein himself in under pressure from the international community.

Saar supports building up West Bank settlements and annexing parts of the West Bank, while granting some autonomy to the Palestinians living in the territory. That would would fall far short of their demands for an independent state that includes all of the West Bank, east Jerusalem and Gaza. Israel captured the three areas in 1967, though it withdrew from Gaza in 2005.

“There is no two-state solution; there is at most a two-state slogan,” Saar told the Times of Israel in 2018. “The establishment of a Palestinian state a few miles away from Ben-Gurion Airport and Israel’s major population centers would create a security and demographic danger to Israel.”

While some Israelis who don’t espouse those views are still eager to support Saar as a replacement to Netanyahu, others say his rise only elevates another hard-line nationalist.

“The next prime minister of Israel will be a full-blown total man of the right, uncompromising and pitiless,” columnist Gideon Levy wrote in the liberal Haaretz daily. “The choice is between two ultra-nationalists, Netanyahu or Saar: Bibi or Gidi. There probably will be no other viable candidate. This is a dismal reality, but a very sobering one.”

FILE – In this August 26, 2012 file photo, Israeli Prime Minister Benjamin Netanyahu, left, speaks to then Israeli Education Minister Gideon Saar as they arrive to the weekly cabinet meeting in Jerusalem. For years, Saar had been one of Netanyahu’s most loyal and vocal supporters, serving as Cabinet secretary and government minister. Now the telegenic Saar, armed with near unrivaled political savvy and a searing grudge against his former boss, could prove to be Netanyahu’s greatest challenge. (AP Photo/Uriel Sinai/Getty Images, Pool, File)

These were the details of the news Saar, longtime Netanyahu ally, emerges as his top challenger for this day. We hope that we have succeeded by giving you the full details and information. To follow all our news, you can subscribe to the alerts system or to one of our different systems to provide you with all that is new.