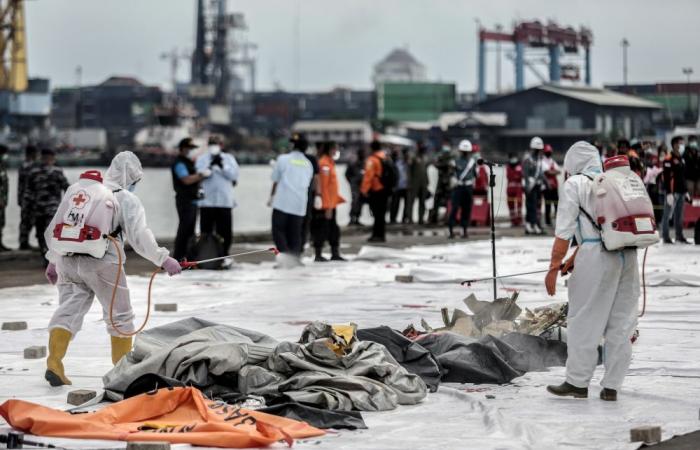 There has been no word of any survivors.

Before the crash, there had been 697 fatalities in Indonesia over the last decade including military and private planes, making it the deadliest aviation market in the world — ahead of Russia, Iran and Pakistan — according to Aviation Safety Network’s database.

The crash of the Sriwijaya flight, operated by a Boeing Co 737-500, follows the loss of a Lion Air 737 MAX in October 2018, which contributed to a global grounding of the model.

The Lion Air crash, which killed 189 people, was an outlier in that it mainly revealed fundamental issues with the plane model and triggered a worldwide safety crisis for Boeing. Even excluding the deaths from that crash, Indonesia would rank above Russia if there are no survivors from Saturday’s crash.

Indonesia, an archipelago of thousands of islands, is highly dependent on air travel and its safety issues illustrate the challenge relatively new carriers face as they try to keep pace with unstoppable demand for air travel in developing nations while striving for standards that mature markets took decades to reach.

From 2007 to 2018, the European Union banned Indonesian airlines following a series of crashes and reports of deteriorating oversight and maintenance. The United States lowered its Indonesia safety evaluation to Category 2, meaning its regulatory system was inadequate, between 2007 and 2016.

Indonesia’s air safety record has improved in recent years, receiving a favourable evaluation by the United Nations aviation agency in 2018. But in a country with a large death toll from vehicle and ferry accidents, the safety culture is battling against a mindset that makes it inevitable for some crashes to occur, experts said.

Saturday’s “crash has nothing to do with the MAX, but Boeing would do well to guide Indonesia — which has a chequered air safety record — to restore confidence in its aviation industry,” said Shukor Yusof, the head of Malaysia-based aviation consultancy Endau Analytics.

Authorities located the Sriwijaya jet’s flight data recorder and cockpit voice recorder yesterday but experts said it was too early to determine the factors responsible for the crash of the nearly 27-year-old plane.

The flight took off from Jakarta’s Soekarno-Hatta International Airport, the same airport from which the Lion Air jet took off and soon crashed into the sea. The Sriwijaya jet climbed to 10,900 feet within four minutes but then began a steep descent and stopped transmitting data 21 seconds later, according to tracking website FlightRadar24.

“There has been a lot of noise made about the speed of its final descent,” said Geoff Dell, an air accident investigation expert based in Australia. “It is indicative of what happened but why it happened is still in many ways a guess really. There are multiple ways you can get an aeroplane to go down at that pace.”

He said investigators would look into factors including mechanical failure, pilot actions, maintenance records, weather conditions and whether there was any unlawful interference with the plane. Most air accidents are caused by a combination of factors that can take months to establish.

Sriwijaya’s operating record will also be placed under scrutiny.

“Its safety record has been mixed,” said Greg Waldron, Asia managing editor at industry publication FlightGlobal. He said the airline had written off four 737s between 2008 and 2017 due to bad landings that resulted in runway overruns, including one in 2008 that led to one death and 14 injuries.

The airline in late 2019 ended a year-long partnership with national carrier Garuda Indonesia and had been operating independently.

Just before ending the pact, more than half of Sriwijaya’s fleet had been grounded by the Transportation Ministry due to airworthiness concerns, according to media reports at the time.

Sriwijaya did not respond immediately to a request for comment. The airline’s chief executive said on Saturday the plane that crashed was in good condition.

Like other Indonesian carriers, Sriwijaya had slashed its flight schedule during the Covid-19 pandemic, which experts said will be examined as part of the investigation.

These were the details of the news Sriwijaya Air crash places Indonesia’s aviation safety under fresh spotlight for this day. We hope that we have succeeded by giving you the full details and information. To follow all our news, you can subscribe to the alerts system or to one of our different systems to provide you with all that is new.