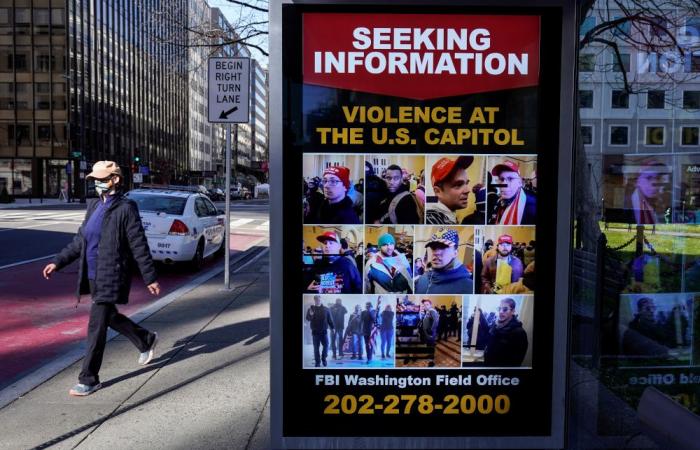 Hello and welcome to the details of At least 25 domestic terrorism cases opened as result of assault on Capitol, says lawmaker and now with the details

WASHINGTON, Jan 10 — At least 25 domestic terrorism cases have been opened as a result of Wednesday’s deadly assault on the US Capitol by supporters of President Donald Trump, US Army Secretary Ryan McCarthy told a Democratic lawmaker yesterday.

The Justice Department also said two more men were arrested in connection with the rioting on Wednesday.

Representative Jason Crow, a member of the House of Representatives Armed Services Committee, said McCarthy told him the Pentagon was aware of “further possible threats posed by would-be terrorists” in the days up to and including the inauguration of Democratic President-elect Joe Biden on Jan. 20.

“Long guns, Molotov cocktails, explosive devices and zip ties were recovered, which suggests a greater disaster was narrowly averted,” Crow, a former Army Ranger, said in a summary of his call with McCarthy.

McCarthy assured him the Pentagon was working with local and federal law enforcement to coordinate security preparations after what he described as “deficient law enforcement threat reporting” ahead of last Wednesday.

A second Republican US senator called yesterday for Trump to resign, saying the outgoing president could face criminal liability after the storming of the Capitol by his supporters shortly after he baselessly challenged the results of the November 3 election and exhorted them to “fight.”

Five people died in the attack, including a police officer. A second police officer responding to the attack later died while off duty, but the cause has not been formally released.

Crow said he raised grave concerns about reports that active-duty and reserve military members were involved in the assault, and urged McCarthy to expedite investigations and courts-martial, and ensure no troops to be deployed on Jan. 20 were sympathetic to domestic militants.

Separately, the Justice Department said in a statement that Larry Rendell Brock, of Texas, was arrested yesterday  and charged with one count of violent entry and disorderly conduct on the grounds of the Capitol. The government alleged Brock was identified as one of the individuals who was pictured holding a white flex cuff, which is used by law enforcement to restrain subjects.

Eric Gavelek Munchel, of Tennessee, was also charged with violent entry and disorderly conduct on Capitol grounds. Photos show a person who appears to be Munchel carrying plastic restraints, the government said.

Both men were seen in photos in the Senate chamber. It was not immediately clear if they had attorneys. — Reuters

These were the details of the news At least 25 domestic terrorism cases opened as result of assault on Capitol, says lawmaker for this day. We hope that we have succeeded by giving you the full details and information. To follow all our news, you can subscribe to the alerts system or to one of our different systems to provide you with all that is new.