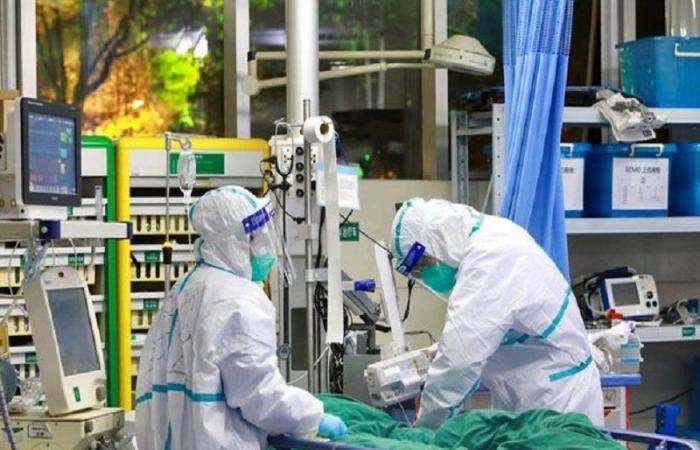 The Director of the National Samu has stepped up to alert on the seriousness of the second wave of the coronavirus. Pr. Mamadou Diarra Bèye explained the reasons for the increase in serious cases and the significant number of deaths noted in recent days: 6 deaths announced in the bulletin of this Sunday, January 10. According to him, ” more than 400% of the seriously ill were not even followed at home. They arrive in the Epidemiological Treatment Centers (Cte) only 10 days after having caught the disease ».

Speaking after the reading of the point of the day by Dr El Hadji Mamadou Ndiaye, the Director of Prevention, Prof. Mamadou Diarra Bèye clarified, from the outset, that: “ the situation is difficult for the population, for the patients but also very difficult for the caregivers ».

According to him, ” What should be noted is the increasingly notable increase in community cases. This testifies to an active situation of the virus in the population. We also note a situation of serious cases in intensive care. But this coexists with the increase in other cases in intensive care. We must not forget that in the intensive care unit, in addition to severe cases of Covid, we have other pathologies which have absolutely nothing to do with Covid. And this is what makes the number of beds very quickly put under strain “, did he declare.

Home care is currently a reality, if we are to believe the Professor. ” This is a choice made by the Cnge (National Epidemic Management Committee), but which requires monitoring and which also requires the commitment of families and patients. », He underlined.

The reasons for the increase in severe cases

Regarding the increase in serious cases, the director of the national Samu informed that it is because these patients arrive late in the CTE (Epidemiological Treatment Center) that their case becomes serious.

« For the serious cases which arrive in intensive care, sometimes in more than 400% they were not even cases followed at home. These are patients who did not even know they were sick, who stayed at home and suddenly showed signs of distress. When we question them, we realize that it is people who have been sick for 10 days », He lamented.

And, during those 10 days, he regretted, “ the risks of contamination are important and these patients arrive in very dramatic situations so that despite all the efforts made in the intensive care units we deplore a very high number of deaths ».

Pr. Mamadou Diarra Beye encourages all caregivers, because, he stressed, there is still a long way to go. Before inviting the population to avoid unnecessary gatherings and trips.

These were the details of the news 19Sn – The Director of the SAMU explains the increase in the number of deaths and serious cases for this day. We hope that we have succeeded by giving you the full details and information. To follow all our news, you can subscribe to the alerts system or to one of our different systems to provide you with all that is new.